In tonight's episode, Karan gets the exact same clothes as Prithvi and decides to replace Prithvi with Sameer's help. 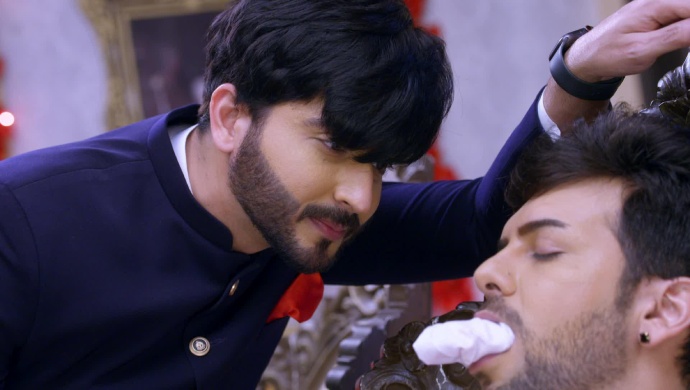 In the previous episode of Kundali Bhagya, Srishti taunts Sameer for not showing up at the wedding after seeing Rakhi. She asks him to help her in stopping the wedding. Karan promises to stop Prithvi’s wedding and they both get into a fight. Karan knocks Prithvi out and takes his clothes. He plans to take Sherlyn’s place at the wedding. Sarla sends Srishti to call Prithvi back to the mandap but she finds him without clothes and goes out to meet him.

In tonight’s episode, Rakhi says that she is happy that she went against Karan’s wishes and came for the wedding. Sarla thanks Preeta for coming to the wedding because it brought a smile to Preeta’s face. Preeta and Rakhi both agree that Karan is a changed man and he is gone out of control recently.

Sammy meets Karan and finds Prithvi lying unconscious without clothes. Karan asks if he brought clothes similar to Prithvi’s. He tells Sammy that his plan is to take Prithvi’s place at the mandap because he wants to marry Preeta at any cost. Sammy thinks Karan realised his love for Preeta and decides to help him.

Sherlyn cuts Srishti’s call and decides to go out and stop Prithvi’s wedding. However Kareena stops her and asks her to give Mahesh medicines before going out with her mother. Sherlyn goes to Mahesh’s room with the medicines and tries to choke him. In the end she only throws his medicines out of the window and leaves to stop the wedding.

Sammy tells the pandit to go to the groom’s room. He meets Srishti too and she apologises to him for being rude earlier. When the pandit goes to the groom room Karan says he has conjunctivitis. To stop it from spreading to other people he says he will wear a sehra throughout the wedding.

He also says that he caught a cold so his voice has changed a bit so he can’t talk throughout the wedding. The pandit agrees to Karan’s demands. Karan puts on the sehra and walks out to the mandap. Will Karan’s plan to replace Prithvi succeed? Stay tuned to find out.