In the next episode, the robbers try to take Karan and Rakhi as hostages, and Preeta makes an attempt to stop them. 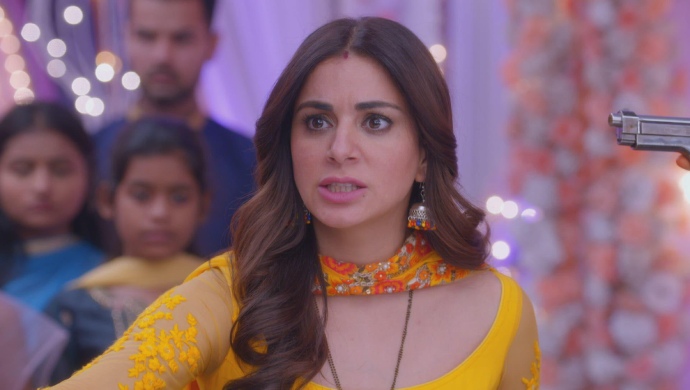 In tonight’s episode of Kundali Bhagya, Preeta and Srishti plan to trick the fake robber into a room and convince him to make other robbers leave. Preeta decides to lure the fake robber into a room where Srishti will be waiting for him. Seeing Preeta calling him, Prithvi rushes after her. The real boss of the robbers shows up and takes Rakhi’s mangalsutra. Karan and Rishabh try to beat up the robbers, but stop when one of them takes Rakhi hostage. Janki tries to save the Luthras by throwing chilli powder on the robber’s eyes. Rakhi refuses to leave without her mangalsutra and the Luthras fail to escape. Prithvi escapes from Preeta and Srishti, by hiding in the washroom.

In the next episode, the robbers decide to take Rakhi and Karan with them. The boss says that they will keep them hostage till they are sure that the police are not after them. Preeta hears this and stops the robbers from taking them away. The robbers threaten to shoot Preeta. The boss asks Karan about his relationship with Preeta. Will Karan admit Preeta is his wife? Stay tuned to find out.

Operation Parindey: Amit Sadh And Rahul Dev’s Movie Is Not Your…

Nakuul Mehta: I’d Like To Attempt Vicky Kaushal’s Character From…