Karan refuses to tell Preeta and Rishabh where he is, which makes them worried. 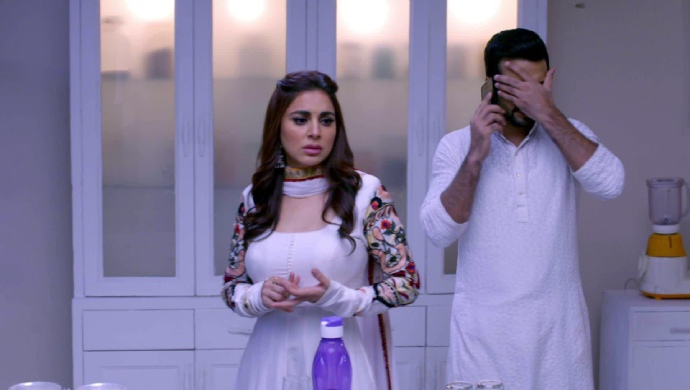 In the previous episode of Kundali Bhagya, Karan becomes more suspicious about Prithvi and Sherlyn when they leave his house together. Karan follows Prithvi and Sherlyn in his car which leads him to Sherlyn’s house. Preeta and Rishabh see Karan driving behind Sherlyn and Prithvi. They begin wondering what he is up to.

In tonight’s episode, Karan is trying to break into Sherlyn’s house when Prithvi hears him make a sound. He tries to make Sherlyn realize someone is at the door. Sherlyn who hasn’t heard a sound assumes that Prithvi is trying to avoid her questions. She asks him to choose once and for all between her and Preeta.

As Prithvi nears the door to see if anyone is on the other side, Karan gets a call. Seeing that the call is from Preeta, Karan goes away to answer the call. He considers telling Preeta that he’s spying on Sherlyn. However, he decides to tell her this only once he has proof.

Sherlyn opens her door to find no one standing there. She tells Prithvi to stop avoiding her and answer her question seriously. Prithvi shuts the door and looks through the keyhole. He sees Karan jogging towards the door careful to not make a sound. He shows this to Sherlyn too as the both panic.

Shrishti, meanwhile, is avoiding Sammy because he was getting close to Tanvi. Sammy tells her to not get jealous. He convinces her that Tanvi is just a friend. Sammy also tells Shrishti that she is more important than any friend he has. He gives her a hug which is seen by Kareena Aunty.

Back at Sherlyn’s house, Prithvi is trying to come up with a plan to get rid of Karan. He proposes to get Karan killed. Sherlyn rejects the idea immediately. Will Rishabh fears come true? Stay tuned to find out.