In the next episode, Preeta dresses up as a waiter and gatecrashes Karan-Mahira's engagement. She even bumps into Karan and spoils his outfit. 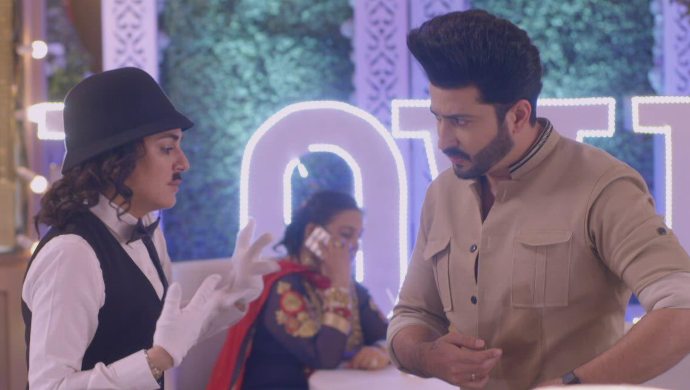 In the latest episodes of Kundali Bhagya, we saw that Rakhi finds out that Preeta didn’t marry Prithvi. Srishti disguises herself as a Japanese beautician and gatecrashes Karan-Mahira’s engagement party. Rakhi suspects that Karan stopped Preeta’s wedding.

In the next episode, Preeta goes to Karan and Mahira’s engagement. She dresses up as a waiter and gatecrashes the event. However, she bumps into Karan and ends up spilling something on his engagement outfit. She keeps apologising to him profusely. Karan tells the waiter aka Preeta that it’s okay and asks her name.  She immediately responds saying Preeta and Karan stands there, shocked. On the other hand, Mahira is surprised to hear that Preeta and Prithvi’s marriage did not take place.

Will Preeta stop Karan and Mahira’s engagement? Stay tuned to find out what happens next on Kundali Bhagya!

EXCLUSIVE! Jimmy Sheirgill: Rangbaaz Phirse Is Based On Those Who Got Pushed By The System