Dheeraj enjoys a massive fan base owing to his character Karan Luthra from Zee TV show Kundali Bhagya. He recently hosted the finale of Sa Re Ga Ma Pa 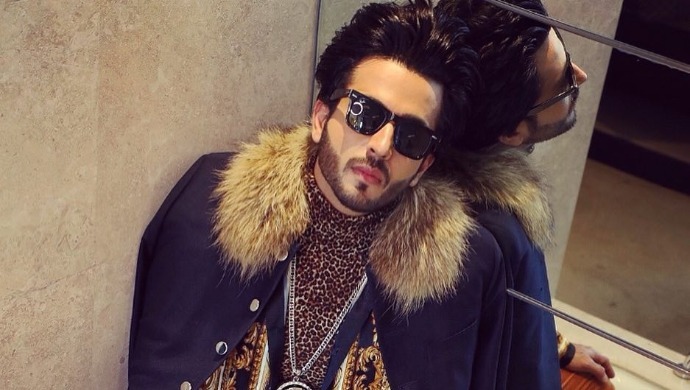 Television heartthrob Dheeraj Dhoopar has been roped in to host the upcoming season of the leading dance reality show Dance India Dance. Dheeraj enjoys a massive fan base owing to his portrayal of ‘The Karan Luthra’ in Zee TV show Kundali Bhagya and of course, killer looks. Every time he drops a picture on his Instagram, hearts skip a beat and girls go weak in the knees. It is mention-worthy that the handsome actor comes with prior experience of anchoring shows and events including the recently concluded finale of Sa Re Ga Ma Pa.

Talking about the latest development in his career Dheeraj told a leading daily, “What I got to know is that the show will be called ‘Dance India Dance–Battle Of Champions’. All I know is that this time the show will be bigger than ever in its scale and grandeur, and it will be an all new concept with participants from all age groups.”

Spilling the beans on the hosting gig, he added, “I was recently approached by the producers for hosting it and I couldn’t have asked for a better opportunity. I have always said that through daily soaps, you get to be known as a character, and reality shows help you create your own identity. This was the chance I was looking for. It is too soon to say more, but I have already started preparing for the show and working on my looks.”

More importantly, Dheeraj shall continue shooting for Kundali Bhagya while also dabbling in the reality television space.“Shooting for a reality show isn’t as hectic as it is for a daily soap. I think I will be able to manage both,” he told the newspaper.

Famous Bollywood choreographer Bosco Martis has joined Dance India Dance as the judge. There have been reports doing the rounds of the internet speculating that Kareena Kapoor Khan is set to make her television debut with DID. Names like Punit Pathak and Raftaar are also said to be in the running. It remains to be seen, however, as to who will make the final cut.

Are you excited to watch Dheeraj Dhoopar as the host of Dance India Dance? Comment with your replies in the comments box below.

Watch Dheeraj Dhoopar reveals his deepest secrets to Rajeev Khandelwal only on Juzz Baatt on ZEE5.

Having Them Monday Blues? We Recommend A Popcorn Bucket With Ranveer Singh's Film Simmba To Beat Them!

Did You Know The Fakir Of Venice Was Supposed To Be Farhan Akhtar's Acting Debut Film?