Watch Dheeraj Dhoopar play a fun game backstage at the Zee Rishtey Awards and reveal his intention of working with Sriti Jha in a ZEE5 Original. 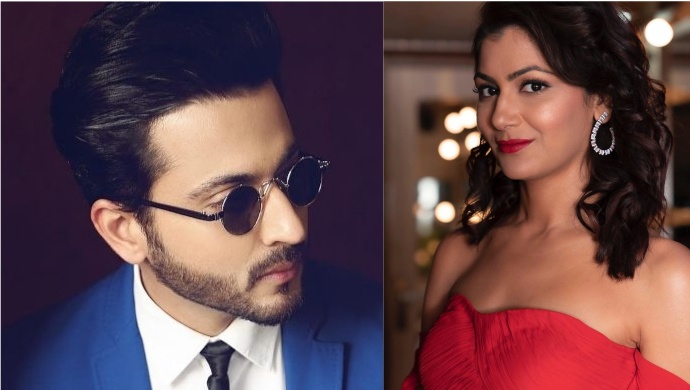 Kundali Bhagya’s Karan Luthra a.k.a Dheeraj Dhoopar turned out to be the most fashionable male celebrity at the Zee Rishtey Awards this year. Well, the actor confessed that his training in the fashion field did have a role to play in the making of his embellished black jacket. However, the actor is not making headlines just for turning up well at this awards night. Dheeraj and wife Vinny Arora slayed the red carpet and rocked the interviews together.

Amongst the many fun games, we played with this gorgeous couple, we also gave them a chance to experience ZEE5’s upcoming gamification. We created a version of the ZEE5 Super Family game at the Zee Rishtey Awards and the board turned out to be the celebrity hot spots for quotable quotes. First, we had Anjum Fakih, who plays Srishti Arora in Kundali Bhagya confess that she wants Abhi (Shabir Ahluwalia) to romance her. And then we had a candid revelation from Mr Dhoopar too.

While DD decided to keep Shraddha Arya as his ladylove, the actor confessed that he’s eager to collaborate on the work front with Kumkum Bhagya lead Sriti Jha. Dheeraj told ZEE5 in an exclusive chat that he said, “If ever ZEE5 makes a series, you never know Sriti could be my leading lady.”

In the same interview, the actor also talked about the ongoing storyline on Kundali Bhagya and revealed how his on-screen mother-in-law is not too pleased with him off late because of the way he has treated Preeta. However, looks like the robbery drama might finally bring Preeta and Karan together on the show.

Kundali Bhagya Becomes The No #1 TV Show: 4 Major Moments From The Recent Episodes