Kundali Bhagya Actress Shraddha Arya On BF Alam Makkar: He Is A Really Nice Human Being

Rumour had it that Shraddha is participating in a reality show with her ex-beau Alam. However, she recently confirmed he is her present boyfriend. 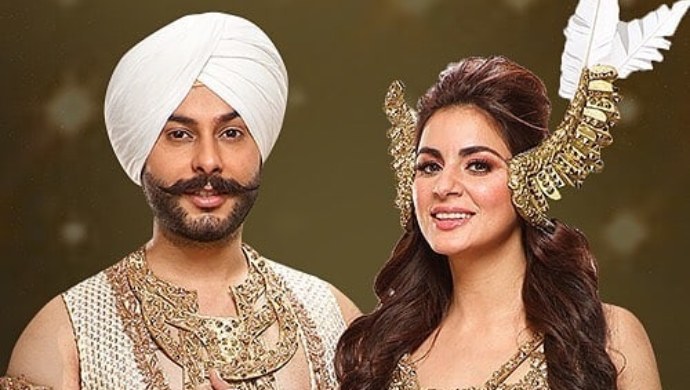 Shraddha Arya, known for playing Dr. Preeta Arora on Zee TV show Kundali Bhagya, is all set to participate in a dance reality show. The actress has showcased her dancing skills on several occasions and awards show, flaunting her sizzling moves to blockbuster songs. However, Shraddha won’t participate alone on the television show but will be joined by boyfriend Alam Makkar. Buzz was that Alam is her ex-beau, however, the starlet clarified that she is currently in a relationship with the Jalandhar boy.

Clearing the air around her relationship status with Alam, Shraddha Arya told a leading entertainment news portal, “Okay so, there’s a lot of misconception, on all the news portals it is written that I’m participating with my ex-boyfriend which is untrue. I’m participating with my present boyfriend. I think because this season (of the dance reality show) has ex-couples also. But I’m not one of them.” She asserted, “Alam is my current boyfriend.”

Alam, for those unaware, is from outside the world of gloss n’ glam. “It’s very new,” Shraddha adds, “I just met him a few months ago and we clicked really well. And he is a really nice human being.”

Shraddha started her journey with Zee Cinestars Ki Khoj and there hasn’t been looking back for her ever since. She always kept her personal life under wraps and never publicly spoke about her affairs. Speaking about what made her come out now she told the portal,  “I’ve never opened up. Because you never know what’s gonna happen in the future, if I be honest. So, I don’t want to be a person who puts up lots of pictures with my boyfriend on Instagram and then fights with him and takes it down.”

What are your thoughts about Shraddha and Alam? Are you supporting the couple on the dance reality show? Tell us in the comments box below.

Ishq Aaj Kal Season 2 To Premiere In August: Aaliya Unlocks A Big Mystery About Her Father

5 Scenes From Uri: The Surgical Strike That Will Make You Swell With Pride