Amid all the Karan-Preeta-Prithvi wedding drama, we stumbled upon a video of Sherlyn and Srishti singing and grooving with the bride at the altar. 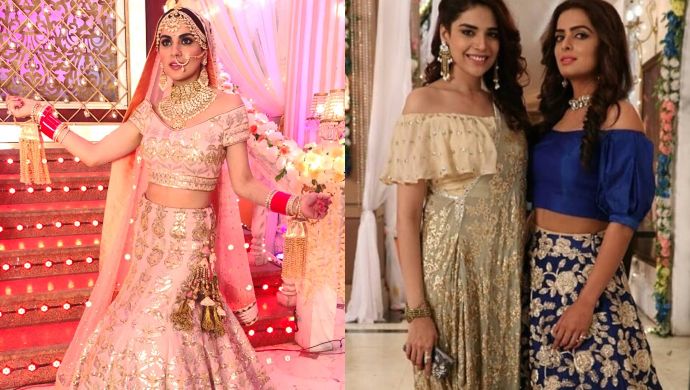 Kundali Bhagya recently topped the BARC Ratings again. Ekta Kapoor‘s Zee TV show is treating viewers to intense drama and spicy twists. The daily soap recently clocked two years and has completed over 500 episodes. Ever since the television serial went on the air, fans have been waiting to see Preeta (Shraddha Arya) and Karan (Dheeraj Dhoopar) to unite. They have been friends since the beginning of the show but had a fallout recently. Preeta is now set to get married to Prithvi, but Karan doesn’t want her to tie the knot with that man. At the same time, Karan has started hating Preeta and even kicked her out of the Luthra house.

Meanwhile, Srishti (Anjum Fakih) is concerned about Preeta and doesn’t want her sister to marry Prithvi (Sanjay Gagnani). She wants to stop their wedding at any cost. Besides Karan and Srishti, even Sherlyn (Ruhi Chaturvedi), who is Preeta’s prime nemesis, doesn’t want her boyfriend to get hitched to her. She is insecure about Prithvi developing feelings for Preeta and sees no reason left for him to marry her. But Prithvi is hell-bent on marrying his Preeta Ji, he has taken to a liking for Sherlyn. Amid all this drama, we stumbled upon a video of Sherlyn and Srishti singing and grooving with Preeta at the wedding venue. Is Preeta finally getting married to Prithvi? Srishti and Sherlyn failed to stop their marriage? Before you wonder about all these questions, we suggest you check out this video here:

Our sources tell us that Karan will kidnap Preeta to stop her marriage with Prithvi. Clearly, a lot is going to happen at Preeta and Prithvi’s wedding. Stars of Jabariya Jodi film Sidharth Malhotra and Parineeti Chopra shall attend the wedding too. Will they get Karan and Preeta married? Watch Kundali Bhagya on ZEE5 to find out.

If you are looking for something filled with even more thrills, watch this carefully curated premium thrillers on ZEE5.