Sidharth Malhotra plays a thug who kidnaps grooms in his film opposite Parineeti Chopra, Jabariya Jodi. What role will they play in Preeta's wedding? 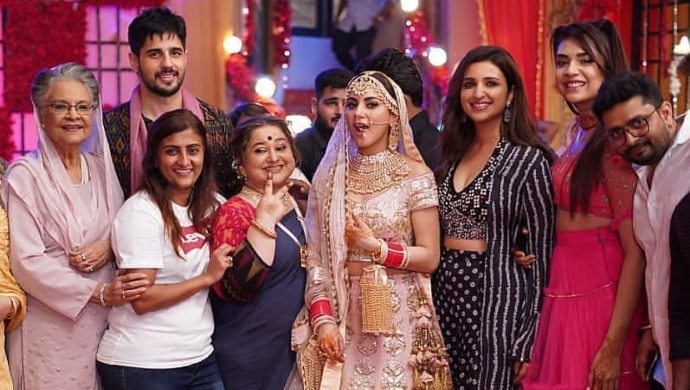 The latest episodes of Zee TV show Kundali Bhagya have been full of drama, plot twists and unexpected turns in the storyline. Fans are waiting to watch the lead couple Karan Luthra (Dheeraj Dhoopar) and Preeta Arora (Shraddha Arya) reconcile after a major fallout in the previous episodes. Karan is furious with Preeta and insults her owing to a misunderstanding created by Sherlyn. He even blames her for his father Mahesh Luthra’s accident who, in fact, had discovered Sherlyn’s real intentions and was planning to expose her. As a part of his conspiracy to marry Preeta, Prithvi asks Sarla to get them married within three days. Preeta, reluctantly agrees and even invites the Luthras against her family’s wishes. Now we have all seen how much Karan and Preeta love each other. In one of the promos, we see Karan asks Preeta to not marry Prithvi. He even slaps Prithvi when he says he would enjoy a honeymoon with Preeta. As much as we want PreeRan, as fans fondly call the TV lovebirds, to confess their feelings for each other already, what’s an Indian wedding without some drama? Enter Jabariya Jodi Sidharth Malhotra and Parineeti Chopra!

Abhay Singh (Sidharth) and Babli Yadav (Parineeti) from Ekta Kapoor’s upcoming film Jabariya Jodi are all set to attend (or should we say gatecrash?) Preeta and Prithvi’s wedding. The wedding festivities are about to commence and the latest set of pictures from the sets show Sid and Pari visiting Kundali Bhagya sets.

Now for those out of the loop, Sid plays a thug who abducts grooms in Jabariya Jodi. The movie reflects on the prevalent practice of pakadwa vivah in Bihar. Going the theme, it remains to be seen what twist Abhay and Babli bring about in Preeta-Prithvi wedding. Will they play a key role in Preeta getting married to Karan, as is being widely speculated by a section of the press? Rumour mills suggest Karan shall marry Preeta to take revenge,  while other assumptions include sindoor shall fall accidentally as has been in several plots. Rest assured, a high-voltage drama is in store for the viewers! Some reports by television portals even suggest Sherlyn will force her boyfriend Prithvi to not marry his ‘Preeta Ji.’

Guess we can only wait till the track is aired to find out who finally Preeta marries. In the meantime, enjoy these images from the haldi ceremony here:

Will Karan and Preeta get back together? Will Sherlyn allow Prithvi to marry Preeta? Will Rakhi decide to make Preeta her bahu? Find out on Kundali Bhagya only on ZEE5!

Midweek Music: 5 Latest Dance Numbers On ZEE5 For The Party Animal In You