Ranveer Singh became a meme for this fashion statement, which Dheeraj Dhoopar rocked it like a star – Watch video. 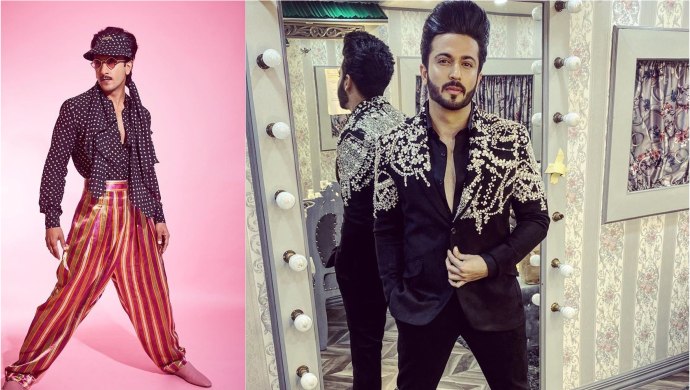 We bet that Kundali Bhagya fans already are aware that Karan Luthra a.k.a Dheeraj Dhoopar is a trained fashion professional. No wonder that this small screen superstar is turning out to be the style icon in telly land. From some super risqué appearances on the red carpet to some bold avatars on the show Dheeraj is upping the fashion quotient on television. In fact, recently Karan Luthra on Kundali Bhagya donned a look that Ranveer Singh got trolled for. While Ranveer’s look ended up being a viral meme, Mr Dhoopar managed to make his look quite fashionable.

Here’s what made Ranveer a butt of social media jokes…

The 83 actor was trolled massively and this picture of his became one of the most viral memes. And guess what, we spotted Dheeraj donning a similar trouser in the recent episode of the show. The actor unlike Ranveer’s polka dotted shirt and matching cap, teamed his bold bottom with a cool denim bomber jacket and a white T-shirt.

Clearly, Dheeraj is pretty fashion forward and is beating some bigwigs in their game. The actor confessed in an exclusive informal chat to ZEE5 that he has stopped buying from retail outlets and instead gets his brother to pick rare special pieces of clothes from London, which DD puts together to create some cool looks.

Kaali 2: A Recap Of Paoli Dam's Compelling Story So Far From Season 1