In this fun interview on Kundali Bhagya, Karan Luthra a.k.a Dheeraj Dhoopar reveals fun secrets about his co-stars, Manit Joura and Shraddha Arya 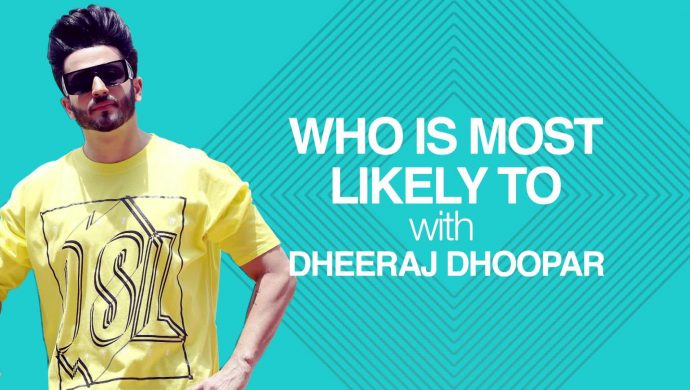 Dheeraj Dhoopar may not have too many light moments on the show Kundali Bhagya these days. What with all the tension around his marriage to Preeta, her lawsuit on him and his engagement to Mahira that that he doesn’t want. For those to are sorely missing the lighter side of Karan Luthra on the show, here’s a fun interview where he talks about the crazy antics of his co-stars and their personality quirks.

When asked who is most likely to do something crazy in public, Dheeraj struggles to come up with a name. It’s because he feels everyone on the set is a little bit crazy. He also adds that since he himself is crazy it’s hard for him to know if what someone else is doing is really weird or not.

Dheeraj feels that the most politically correct and sane person on the show is Manit Joura (Rishabh Luthra) and even nominates him to be the politician or win a Nobel Peace Prize award. Karan even nominates himself for a Nobel Prize in Fashion. He adds Shraddha should get the Nobel Prizze for always being hungry and getting cranky when hungry.

Despite all their crazinees and quirkiness, Dheeraj says, ‘No one on the show forgets their lines, everyone is pretty good.’ He adds that Shraddha and he finish most of their scenes together in one take 99% of the time. Want to find out who is most likely to be clicking selfies on set? Watch the video here.

For more behind the scenes fun content with your favourite TV stars including Drashti Dhami, Ravi Dubey and the cast of Kumkum Bhagya, click here.

Exclusive! Harleen Sethi: It Was Surreal To Dance To My Own Rendition Of Teri Hogaiyaan