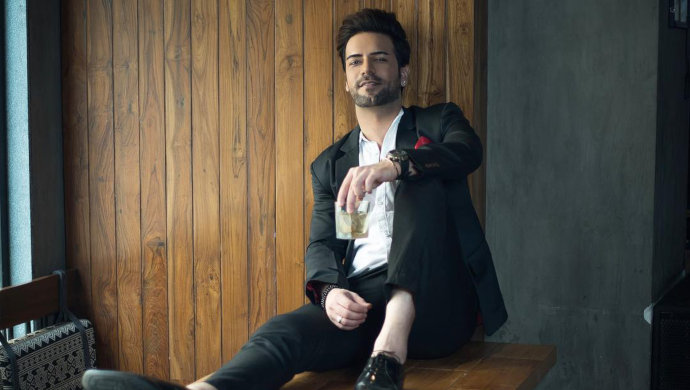 Sanjay Gagnani, known for playing Prithvi Malhotra on Zee TV show Kundali Bhagya, turns 31 on 24 September 2019. Now Prithvi is one character on the daily soap we just love to hate, besides Sherlyn Khurrana of course. His devil-may-care attitude and evil ways of getting things done his way come in combination with tons of sass and style. Villains on the small screen are equally good-looking and fashionable these days, unlike the old times when they were made to appear scary and dreadful. Thus, if Dheeraj Dhoopar enjoys a reputation for playing ‘The Karan Luthra,’ we ascertain that a section of viewers finds the baddie Prithvi handsome too. Prithvi may be a grey character but he has a dashing personality of his own, and many females who have a thing for a villain, might tend to incline towards this trait.

No, we are not saying this because it’s his special day today! Don’t believe us? Here, check out some of his Instagram posts and see for yourself:

The latest episodes of Kundali Bhagya, however, have made us come to pity Prithvi. Karan married Preeta but abandons her in the middle of the road. Prithvi, on the other hand, goes crazy that everybody conspired against him, including his own family, and didn’t allow him to marry his Preeta Ji. Nonetheless, Prithvi has vowed to hit back at everyone and hurt them more than they hurt him. What will Prithvi do to get Preeta back? Watch the latest episodes of Kundali Bhagya here to find out:

Prithvi might be waiting a long time to get hitched but Sanjay is engaged to Ek Tha Raja Ek Thi Rani actress Poonam Preet. However, marriage is not on the cards anytime soon!

You caption this pic with a film name 😍

Kareena Kapoor Khan On Son Taimur Ali Khan: He Is The Biggest Khan Of India

Do you like his performance as Prithvi on Kundali Bhagya? Give him a shoutout in the comments box right away!

Catch motor-mouth Anjum Fakih take on Abhishek Kapur in this fun video, only on ZEE5.

If You Have An Appetite For Horror Dramas, Watch Sunny Leone's Ragini MMS 2

Dilli Darlings 23 September 2019 Written Update: Santosh Is Missing From His Own Wedding?

#TastyTuesday: 5 Chocolate Recipes To Savour On A Monsoon Morning