Kundali Bhagya’s Srishti AKA Anjum Fakih: My Fans Are My Biggest Support System

Anjum Fakih, who plays the role of Srishti on the show Kundali Bhagya, talks about upcoming plot twists and fans reactions to her character. 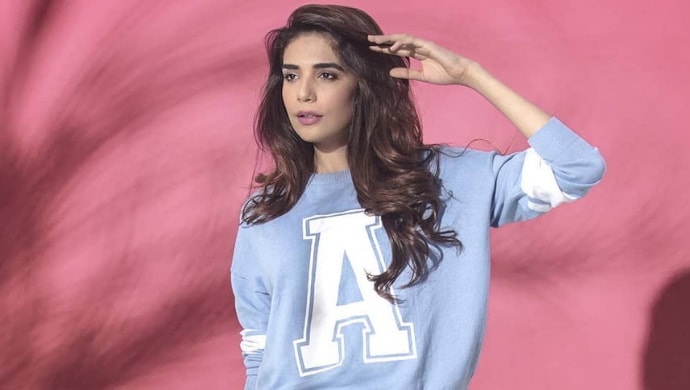 My debut Zee Rishtey award… Nominated and won the title 'Best Behen'… @ektaravikapoor I won't stop thanking you for giving me shrishti… For changing my bhagya in my kundali… And it's not going to stop here… am gonna thank you again and again even tho it may sound cheesy to you… But THANK YOU… and my most fav channel @zeetv am blessed that I am a part of your kutumb your family… Thank you @supriyarshukla my onscreen momma for giving me birth virtually…but being a bit real to your status of being my mother… Thank you @sarya12 Meri virtual behen jiske Bina ye award kuch maayine nahi rakhta.. main tumhari behen hu so thank you di for being my virtual sister and carrying it on to the real surface also… Thank you my creatives… My writers… My production team my entire kundali bhagya family… You have definitely been the best happened to be in my bhagya… And last but not the least my fans for loving shrishti and making this show numero uno since last 2years… I love you all ❤️❤️❤️ #bestbehen #ZRA2019 #zeerishteyawards2019 #kundalibhagya #zeetv #shrishti

1. How does it feel being a part of Kundali Bhagya and being included in one of the many nominations at the Zee Rishtey Awards 2019?

See, Kundali Bhagya wins every year, but the problem is that I don’t win. So, this year, I’m rooting for myself hoping I get an award because it has been two years now!

2. What is the biggest twist on Kundali Bhagya, which even you didn’t expect?

The biggest twist on the show for me would be ‘Srishti becoming a Japanese beautician’. I did not expect that character disguise at all. Plus, I didn’t learn to play a Japanese character, I watched a few popular videos in Japanese and picked up a few words from there, that’s all.

Watch her play a Japanese character, in the clip here.

3. What is the nicest reaction you got from the audience about your character?

Mostly all my fans are kids and they love me. I don’t know about adults but teenagers, mostly college students, really like my character a lot. They message me a lot, send me DM’s telling me how much they adore me as fans. I love it when they message me and I think they are my biggest support system.

4. What is your new year resolution?

My resolution is to eat less and work out more. Because since the time I’ve started acting, I’ve put on some weight, I think. So, that’s my new year resolution.

We hope to see more of her in the upcoming episodes of Kundali Bhagya, with her romantic partner Sameer (Abhishek Kapur). Watch the nomination special for the Zee Rishtey Awards here.