Watch ZEE5 Original series including Poison, Rejctx, Kaali and Abhay before their second season drops! Happy Leap Year to you... 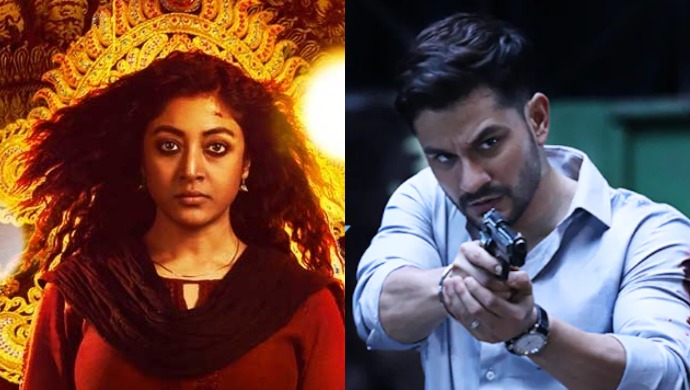 Leap day comes in every 4 years and let’s celebrate this day to its fullest. 29 February 2020 is a leap day and let’s take advantage of this year and use the extra 24 hours to binge watch the most popular ZEE5 Original web shows. Here is a list of web shows that you can watch on the leap day. Take a look at it:

Poison is a crime-thriller drama which streams on ZEE5. The series is written by Shiraz Ahmed and directed by Jatin Wagle. The series features Arbaaz Khan, Riya Sen, Freddy Daruwala and Tanuj Virwani in lead roles. Bollywood actor Arbaaz Khan made his digital debut with this web series. The story of the show revolves around Ranveer was punished for the crime that he did not commit and plans to go to Goa and seek revenge. DSP Vikram aspires to become the police commissioner and goes to nab Antonio Verghese who is a don. The web show is quite intriguing and manages to hook viewers to their plot.

Goldie Behl’s ZEE5 Original show Rejctx is about a group of students and their musical journey. The show addresses various concerns including body-shaming, gender fluidity, and dysfunctional families. The first season of Rejctx was high on action and drama. The makers managed to grab audiences attention with their interesting storyline and plot. The show featured Sumeet Vyas, Kubbra Sait, Masi Wali, Anisha Victor, Sadhika Syal, Ridhi Khakhar, Ayush Khurana, Pooja Shetty and Prahbneet Singh in pivotal roles. The second season of Rejctx will soon premiere on ZEE5, but before that do watch the first season.

Actress Paoli Dam received appreciation for essaying the role of Kaali in the series. Apart from her, the show featured Rahul Banerjee as Aniket, Shankar Debnath as Dilip, Vidya Malvade as Officer Gupta, Abhishek Banerjee as Jin Liang Aka Shona, Chandan Roy Sanyal as Swapan, Pratik Dutta as Akash and Silajit as Sanatani in the pivotal roles. The plot is intriguing and the makers did not leave any stone unturned in making their series interesting. The story of the show is about a mother who struggles to save her son who is fighting for life. The second series of Kaali will be premiered on 27th March 2020.

ZEE5’s web series Abhay featured Kunal Kemmu in the lead role. He played the character of a cop who was in the Special Task Force (STF) and was investigating complicated crime cases. This thriller drama show is a must-watch. Which is your favorite show? Do let us know in the comment section below.

For more such entertaining content, watch The Chargesheet: Innocent or Guilty?, now streaming on ZEE5.