Line of Descent starring Ronit Roy, Abhay Deol and Neeraj Kabi alongside Hollywood actor Brendan Fraser, is all set to premiere on ZEE5 this December. 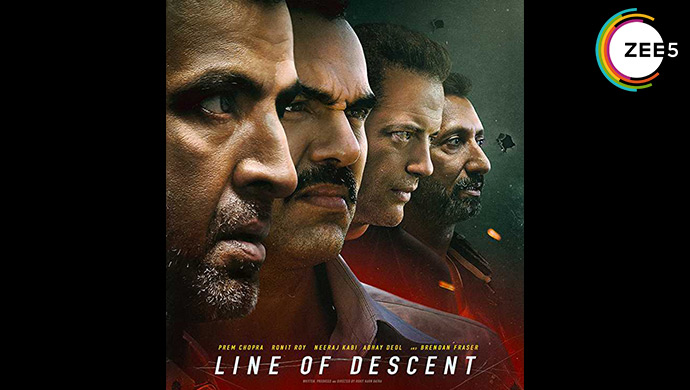 Line of Descent, the upcoming crime film soon releasing on ZEE5, boasts of a stellar star cast. Brendan Fraser, who is famous internationally for playing lead roles in movies like The Mummy and George Of The Jungle, plays a dark character in this movie. This movie stars critically acclaimed Indian actors like Ronit Roy, Abhay Deol as well as Neeraj Kabi. Last seen in The Final Call, Neeraj Kabi found a fan in Brendan Fraser who had seen his movie Talwar.

Watch his performance in The Final Call here.

The story for Line of Descent is set in Delhi and is a story of a dysfunctional mafia family at war with itself and a undercover police officer who tries to bring them down. Abhay Deol plays the role of the undercover cop – Officer Raghav. Brendan Fraser plays a character nicknamed Charu or Charlie Jolpin.

Brendan’s character’s backstory is that he grew up in the US and then returned to India. While the film is entirely set in India, director Rohit Karn Batra hopes it will be an international film. The director himself works from Los Angeles and Mumbai.

Watch this space for more updates before this movie releases in December on ZEE5. Anisha Victor, who recently starred in the ZEE5 series REJCTX, is also slated to appear in this series.

Ishq Aaj Kal Season 4 Review: A Mystery That Only Gets Deeper