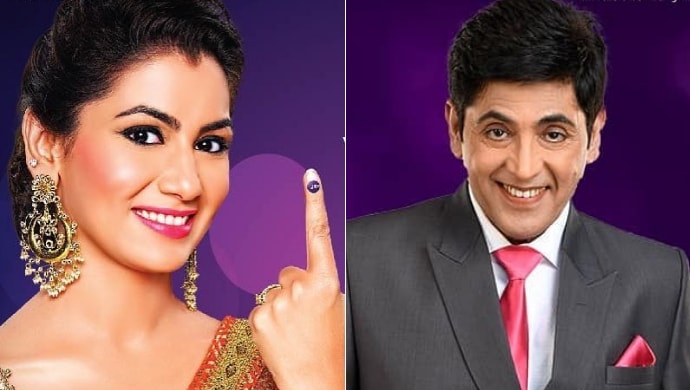 The largest democracy in the world has started voting for its next government. The 2019 Lok Sabha Elections commenced a week ago, on April 11, 2019. The Election Commission has planned the voting process in 7 phases, thus, the elections will stretch from April 11 to May 19 across India’s 543 constituencies. Television actor Sriti Jha of Kumkum Bhagya has urged all “grown ups” to go and vote because every vote counts.

Sriti aka Pragya is voting for ‘desh ka bhagya,’ what about you?

For those unaware, it is every citizen’s right to vote and choose a government the country needs and deserves.

Bollywood superstars Salman Khan, Akshay Kumar, Aamir Khan, Alia Bhatt, and others have also asked their fans and everybody else to cast their ballot. “A vote is a nation’s voice. A nation’s choice. Use your voice. Make your choice,” tweeted Alia. She also used hashtags like Vote and Election 2019. Khiladi Kumar too posted on the micro-blogging site saying, “The true hallmark of a democracy lies in people’s participation in the electoral process. Voting has to be a superhit prem katha between our nation and its voters.”

Check out the tweets here:

A vote is a nation’s voice. A nation’s choice. Use your voice. Make your choice. #Vote #Election2019

Well said @narendramodi ji. The true hallmark of a democracy lies in people’s participation in the electoral process. Voting has to be a superhit prem katha between our nation and its voters 🙂 🙏🏻 https://t.co/rwhwdhXj1S

We are a democracy and it is every Indian's right to vote. I urge every eligible Indian to exercise your right and participate in making the Government. https://t.co/WsTdJ3w84O

Absolutely right sir, Hon PM. Let us all engage as citizens of the biggest democracy in the world. Let us fulfill our responsibility, and avail of our right to get our voice heard.
Vote! https://t.co/24vWPQHXQy

The votes for all the constituencies will be counted on May 23, 2019. The results of the Lok Sabha Elections 2019 too will be announced on the same day.

Let us all make India a stronger and better democracy by exercising our right to vote. Do cast your vote, for each one counts!

Sushant Singh Rajput's Dacoit Drama Is Unlike Any Film You've Seen Before, Now Streaming On ZEE5

Master The Nia Sharma Glow With These 5 Highlighters