Did you know Gandhiji had a 'spiritual wife' or that he had bad handwriting? Here are a few smaller but more astonishing facts about his life. 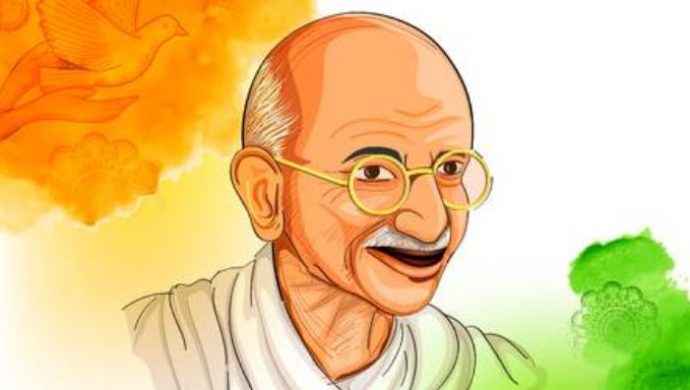 2 October 2019 marks the 150th birth anniversary of lawyer, anti-colonial nationalist, and political ethicist Mohandas Karamchand Gandhi, also known as Mahatma Gandhi. The day is commemorated in India as Gandhi Jayanti, a national holiday, and worldwide as the International Day of Nonviolence. Gandhi is commonly, though not formally, considered the Father of the Nation in India and is also referred to as Bapu (meaning father). On his birth anniversary, we present ten lesser-known facts about Mahatma Gandhi that show why he became the father of India.

1. Gandhiji had an Irish accent

One of his first English teachers was Irish and thus, Bapu too spoke with a tinge of the accent.

Bapu successfully led India’s campaign for independence against the Britishers. During the struggle for freedom, Gandhi would walk 18 km a day, for 40 years. Between 1913 to 1938, he walked about 79,000 km. The distance is equivalent to that encompassing our planet twice!

Gandhiji was a staunch advocate of non-violence and peace. Even though he was nominated five times, he never won the Nobel Peace Prize – 1937, 1938, 1939, and 1947. He was chosen again in 1948 but was assassinated before it could be conferred upon him.

Coldd Lassi Aur Chicken Masala Review: A Cute Romcom That Goes To The Heart, Via…

4. Gandhiji had a ‘spiritual wife’

Apparently, Gandhiji fell for Saraladevi Choudhurani, niece of legendary poet Rabindranath Tagore and a Bengali nationalist activist in his mid-life. In a letter to a friend, he called Saraladevi as ‘My Spiritual Wife.’

5. Gandhiji has several roads named after him across the world

Around 53 major roads in India and 48 roads around the world are named after Mahatma Gandhi.

6. Gandhiji had a strange connection with Friday

7. Gandhiji had a bad handwriting

Bapu attended a law school in London where professors remembered him for his bad handwriting.

Bapu was a barrister but had poor cross-question skills. So much so that while delivering a speech in a courtroom, his knees and hands would tremble.

Gandhiji and Rajchandraji were introduced in Mumbai in 1891. They had various conversations through letters while Gandhi was in South Africa. In in his autobiography, The Story of My Experiments with Truth, Gandhi calls him as his “guide and helper” and his “refuge in moments of spiritual crisis”. Rajchandraji’s teaching directly influenced Gandhi’s non-violence philosophy.

He was actually a philosophical anarchist who felt that if everyone adopted non-violence and a good moral code, self-governance would leave no need for an established government.

Watch New Bollywood Movies like Simmba, The Tashkent Files only on ZEE5.