Marriage And Motherhood Can No Longer Write Off An Actress, Thanks To Kareena Kapoor Khan

Kareena turns 39 on 21 September. Here's wishing the Poo we obsess over, the Geet we aspire to become and the Veere we all deserve - a happy birthday! 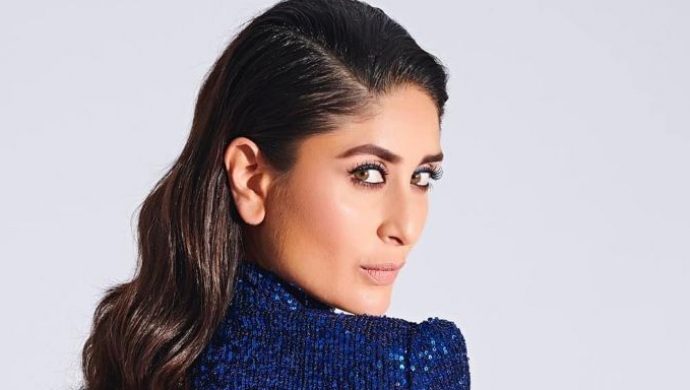 Kareena Kapoor Khan turns 39 | Somewhere between memorizing Poo’s monologue before the mirror in Kabhi Khushi Kabhie Gham, learning the ropes of Beboism, “Main apni favourite hoon” and Kareena Kapoor becoming Begum Kareena Kapoor Khan Pataudi, a generation grew up. I was fresh out of college, placed in a top media conglomerate, still getting a hang of how things work in the entertainment journalism space. “Kareena works,” said my editor one day. Being a huge Kareena fan, she is an icon to me, but I never really realized how and why would a majority, not possibly all fans, take so much of interest in her until I really took a look at it under a fresh microscope. The fact that she comes from the first family of Bollywood, boasts of blockbuster records with almost every hero in her filmography, reigns as the sass queen with much panache off-screen, or is supremely stylish enough to make anyone drop dead has nothing to do with the new era she has made dawn upon Bollywood. Not one bit. Kareena has always put it out there – upholding her and only her choice and judgment as to the one that matters. She makes personal choices about her public memory, not giving anyone but herself the power to retire her from it.

Kareena confessed to marrying Saif Ali Khan on the same couch where she earlier admitted to being in love with Shahid Kapoor. In both cases, she took complete ownership of her love life and left the show with the same air of being a sought-after diva. After five years of courtship, Saif and Kareena tied the knot in 2012. Four years on, they welcomed their baby boy Taimur Ali Khan – the breadwinner of several entertainment websites running in the country. Until Taimur was born, we were used to celebrity couples hiding or covering the faces of their babies, but not Saifeena. The royal duo stood in the balcony of their Bandra residence, giving every close-up shot possible of their newborn. Needless to mention, the nearly three-year-old is the national baby crush, sending the internet into a tizzy each time he steps out or as much as smiles. The likes of several heroines, at the peak of their career, suffered a lack of spotlight after they got pregnant and produced an offspring. Kareena shattered that stereotype. Taimur is now the jewel in the crown of brand Kareena, illuminating it by manifolds. How a toddler helped his mother’s stardom grow from strength to strength is a phenomenon to be studied seriously for another time.

Contradictor to a Friday flop, marriage, and motherhood are seen as the end of the road for a heroine. Becoming a husband and a father adds to an actor’s image but does the exact opposite for an actress, reason why we have a dearth of female stars in the same age bracket as our male ones. Sure, reality television has kept many lamps burning, but their days of the silver screen stardom are way behind us. This is exactly where Kareena scores a sixer – “If I wasn’t working, I would have married Saif by now,” she said in 2010. Although she didn’t mind giving her then beau a lowdown of her kissing scenes in upcoming films, acting was not going to take a backseat because she is in love. The message was very clear: my way or the highway.

Aishwarya Rai Bachchan too flaunted her baby bump on the international red carpet, one may argue. Of course, she is a role model in today’s time and age. But it is also true that none have managed to dominate headlines, keep fans on their toes and producers queuing as Kareena did – before, during and even after her pregnancy. When Bebo found out she was expecting, she made a blunt offer to her Veere Di Wedding maker Rhea Kapoor to find someone else (read more here). It was Rhea who decided to wait, tried tweaking the script too, and finally made the film with Kareena as one of the four female leads. The only person we right now see managing that kind of feat is, Kareena herself. Her last film was in 2018, but guess what, you see Kareena on billboards, front page, social media feed and every other prestigious do each day. The buzz never dies, the talks never slow down, the fans never leave her side and all this without her posting a sun-kissed vacation face or pilates video on Instagram (not herself).

She posed for the paparazzi, stopped a show for Sabyasachi Mukerjee and sported daring necklines and thigh-high slits in photoshoots and parties – all of this has been an unusual affair for an actress starting a family, in India. She wasn’t going to hide her baby bump behind layers of clothing, instead, she went on to normalize a heavily pregnant celebrity body in the media glare. Yes, a woman puts on extra kilos and yes, it’s none of your business. Soon after she announced the pregnancy, grapevines were filled with assumptions of her ‘comeback’ film. The paradigm shift wasn’t restricted to physical appearance alone. Nudged about her future films, one of Kareena’s fierce responses was:

“I’m pregnant, not a corpse. And what maternity break? It’s the most normal thing on earth to produce a child. It is high time the media back(ed) off, and stopped treating me any different than I ever was. Anybody who is bothered shouldn’t work with me… but my work goes on as is, like always. We are in 2016, not in the 1800s. Probably, even at that time, people were way more civilised and normal than the way the media is behaving and speculating now. I’m just fed up of people making (the pregnancy) to be a death of some sort. In fact, it should be a message to a lot of people that marriage or having a family has absolutely nothing to do with my career.”

Speaking of her fashion pick, the glamazon only marches to the beat of her own drum. She will wear PJs to an anniversary dinner, Chanel-Gucci-Prada at the airport, a metallic bomber jacket to the gym and honey, you cannot do anything about it. Try all you can, you can never be Kareena Kapoor Khan! All of 39, the legends of Beboism are a gift to this industry and the universe.

On her birthday, we raise a toast to the woman who has normalized marriage and motherhood for an actress, just as much it is for any woman. Try to write another one-off, we dare you! Happy Birthday, Queen KKK. An earnest wish for the phenomenal star here: