We take a look at directors who will do a great job at directing the braveheart's biopic. 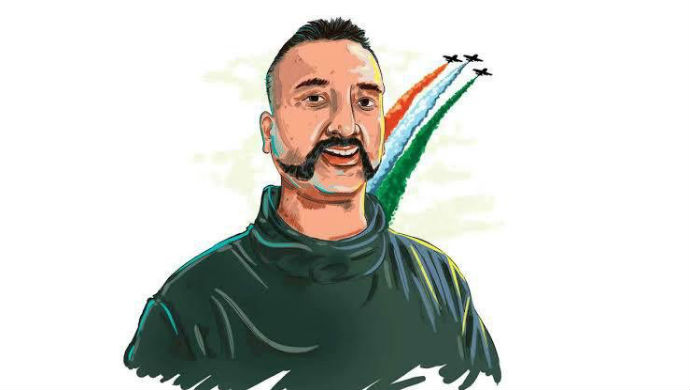 2019 started on a tragic note. On February 14, 40 CRPF officers were killed in Pulwama, after a suicide bomber rammed his truck into a bus, carrying the soldiers. India was quick to retaliate and conducted a surgical strike within 10 days of the attack, where 2000 Mirage aircraft by the Indian Air Force were sent to wipe out nearly 3000 terror camps in Balakot.

Catch the jukebox of Uri: The Surgical Strike here.

The celebrations of India’s achievement were brief. The nation was shook when it was learnt that Pakistan struck back by capturing IAF pilot Abhinandan Varthaman. There were videos released on his capture and India prayed and worked towards his safe return. After nearly 3 days of captivity, the pilot was released and brought back home. Currently, Abhinandhan is in the process of getting back to normal life and is looking forward to fly again.

While the pilot is consumed with this, the desire to tell his story has taken Bollywood by a storm. A report suggested that directors and producers were in a tizzy to register titles for their films, some of them being ‘Pulwama,’ ‘Surgical Strike 2.0,’ ‘Abhinandan,’ amongst others. After seeing the massive success of Vicky Kaushal’s film Uri: The Surgical Strike, filmmakers are eager to make patriotic films. Many of them are reportedly keen to make a biopic on IAF pilot Abhinandan.

Well, we thought why not take this opportunity to come up with a list of directors that we think will do justice to making this biopic! Here’s our list:

The talented director has helmed films such as Talvar and Raazi. While the first one presented the story of the gruesome 2008 murder case of Aarushi Talwar, the second one made us aware of Sehmat Khan, a young Kashmiri girl who worked as a spy for India. Clearly, Meghna is inspired by real- life events and does a splendid job at telling such stories. We feel she is the ideal candidate to direct Abhinandan’s biopic, what say you?

There’s no way we can exclude the man who gave us Border! The 1997 war film starring Sunny Deol and Suniel Shetty among others, is a classic cult film. From the memorable dialogues to its direction, Border still remains a favorite of millions. JP Dutta will do justice to Abhinandan’s biopic and add the drama and masala for the Indian audiences to rejoice!

With hits such as Gully Boy and Dil Dhadakne Do, it’s evident that this director-duo is dynamic. With Zoya’s directional skills and Reema’s creative thinking and vice-versa, we are sure that they will make Abhinandan’s biopic with extreme finesse and perfection.

The director proved that he is capable of carrying off a biopic with ease, with his latest release Sanju, which is a biopic on his close friend Sanjay Dutt. Give him Abhinandan and he will do a brilliant job, right guys?

Did you think we would leave the obvious choice, out of the list? Aditya made a smacking debut as a director with Uri: The Surgical Strike starring Vicky Kaushal, and many are expecting him to make his second film on Pulwama. Considering how well made Uri was, Aditya has proven that war films could be his forte. Also, with a topic as sensitive and controversial as the capture and release of Abhinandan, we are certain Aditya will handle it with ease.

Which of these directors do you think will do justice to Abhinandan’s biopic? Tell us in the comments section below!

Watch ZEE5's Original Marathi Series Veergati And Get In Touch With The Patriot Within You!

Did You Know Pad Man Is The First Indian Film To Be Screened At The Oxford Union?