On the occasion of National Girl Child Day, Mukul Dev opens up about daughter Sia, making India a better society for women and more. 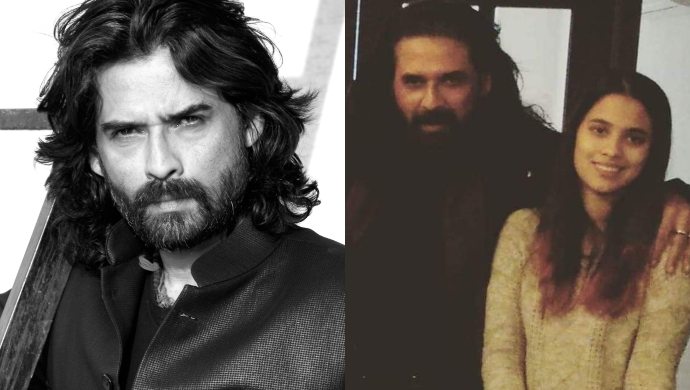 Women are hailed as devis, Lakhsmis in India. However, thanks to the strongly rooted patriarchy, women are discriminated on the basis of their gender and treated unequally. Thus, the Ministry of Women and Child Development and the Government of India established National Girl Child Day in 2008. Celebrated on 24 January every year for over the past one decade, the day is brought in across the country with various programs being organized about saving the girl child, women safety, their health and hygiene, etc. The main objective of National Girl Child is to spread awareness about the inequalities faced by girls, underline the importance of a girl child’s education, health and nutrition and the rights of a girl child in India.

On the occasion of National Girl Child Day, we caught up with State of Siege: 26/11 actor Mukul Dev, who is the father of a gorgeous girl himself. In a free-flowing conversation, Mukul opened up about his daughter Sia, sharing similar interests with her, what kind of a father he is, and also touched upon how India can be a better society for women. Read excerpts from the interview below:

1. Tell us about your daughter. What is your equation with her?

My daughter is 17 years old. Her name is Sia. She goes to a school in New Delhi. I don’t know if it is hereditary or anything, she is very much like me. She does take me as a father of course, but we are more like buddies. Our interests are very similar. There are so many things we have in common. We just want to do the same things. Spending time with her is like spending time with myself.

2. When you say similar interests, what is the kind of food, activities you love to do together?

As far as food is concerned, both of us are big fans of Rajma Chawal. That’s no. 1 on our list of food items. As far as activities are concerned, she loves sitting at home and watching TV, which I love to do too. She plays tennis but she is a home bird that way. She recently did bungee jumping and scared the hell out of me. Even when she was younger and if we’d take her to the mall, after a point she would be like okay now let’s go home. She likes to be at home, chat with her grandmother, wants her family members around, binge on pakodas and snacks. I have to go on a diet after eating all the chattar-patar, in Punjabi we call it chatori, she is a chatori. I binge on all of her favourite stuff.

Here's wishing my darling daughter a very happy birthday. My heartthrob, the love of my life.❤❤❤❤❤❤ little siuuuuuu

3. Are you a protective father?

I am a very chilled out father. I don’t even think she takes me seriously. She has always been a well-mannered girl. She is 17 and I have never had to even roll my eye at her. She’s got impeccable manners and very composed. Neither I or her mother had to get down to tell her to study. She is interested in books, God knows from where she got it. She does very well in her academics. I sometimes have to tell her to stop studying and do something else. I think girls are just so wonderful.

4. Given all that is happening around in the world, does it concern or scare you as a father?

She is growing up. I won’t say I am scared. However, it is right that there is a lot going on in the world outside. She is a gorgeous looking girl. She has grown up with impeccable grooming, not just in the household but also the school she goes to. My father was a police officer so he has left lots of ammunition that he gifted me. So, I don’t think anyone in their right mind would want to mess with her (laughs).

5. What about her having a boyfriend, how would you react to that?

That thought crosses my mind all the time. I keep asking her also. If ever she has a boyfriend, I will be the first one to know about it, I am sure she’d tell me. If you ask me honestly, I’d be the last guy to select a boy for her. I wish there is no boy ever (laughs). I’d be very happy with that situation, she can live with her father. Obviously, it’s going to happen one day. I am going to do a lot of scrutiny, that’s for sure. I can even find out things without telling her.

6. Do you feel we can make India a better society for women?

I definitely feel India can be a better society for women, especially in rural areas. People in rural areas have been conditioned to raise their kids in a certain manner. It germs from our culture only. Over there, I’d say there could be a lot of scope for more liberation. I can blatantly make a statement that girls are better than boys in every aspect. Speaking selfishly as a father, my girl is so attached to me that she’d pick her relation with me over anything else. Women have that strikingly strong emotional chord. Whether it comes to governing a country, or a sport, if you have a strong emotional chord, it all turns out to be the best. People in our country need to understand that at the very cellular level. Also, the women are the only one blessed with the ability to give birth to new life. I think people should understand that women are the better species.

7. Is it also because of the lack of education?

It’s not their fault too, people living in rural areas. Even if one household tries to be liberal, they are cut off or boycotted. Lack of education and awareness, yes, I’d say mostly conditional. It’s mostly habitual, the whole habit of conditioning women to stay in purdah, confined to four walls, etc. Everyone has a smartphone these days, information might be reaching them too but conditioning plays a part here. It’s a deeply embedded conditioning at the end of the day, these are the after-effects of culture over a long period.

8. You are an actor, writer and pilot yourself. What is Sia interested in?

For the longest time, I wanted my daughter to become a pilot. Her interest is towards law, criminal psychology and to pursue criminal law. Somewhere, she is quite enamoured by my father who was a policeman. Badalti rehti hai cheejein, but this is what she told me last. I am very happy because she is a tall and nice-looking girl, I love to envision her in a uniform as an IPS officer.

9. One advice you always give her.

10. What are the things Sia has taught you?

I am someone who can crack jokes crazily out of line. But Sia is not someone who’d laugh with me because I am her father. She will give me that expression that conveys it’s not funny and I know I need to control. If I crack a joke about my mom or someone, she doesn’t like that too. She teaches me all these things, besides making me watch all the funny videos. Another good thing about her is that she only speaks if she knows what she is talking about. She’s got a funny bone, she is funny herself too.

I call her the YouTube Queen. She will take my phone, go to YouTube and make me watch some random videos.

11. Do you consciously take any steps to keep Sia away from the limelight, protect her from the glares that follow you everywhere as a celebrity?

There are a few things I do consciously. I wouldn’t want certain things written about me for her to read. She herself as a child is essentially very shy. She is not fond of being out there. She is the last person who’d strike a pose in front of the camera, if I know her. That way, so far, she is not bitten by the world of showbiz. Also, I being a celebrity, sometimes find myself in a situation where there are certain films of mine I wouldn’t want her to watch. She understands very well. A lot of things that one has to go through as an actor, she knows that. I used to get approached by a celebrity reality show all the time, I remember asking her if I should enter it. She said no.

12. So you turned it down because of her?