Fashion designer Arjun Khanna and Never Kiss Your Best Friend actor Nakuul Mehta are the guests in the latest episode of the Greedy Closet. 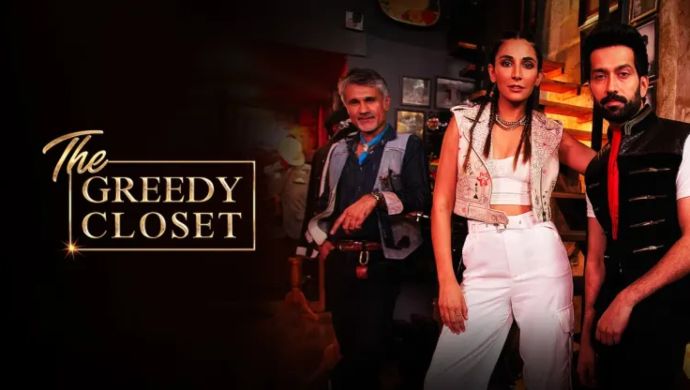 The latest episode of The Greedy Closet features a suave duo – master couturier Arjun Khanna and very talented Nakuul Mehta. The former is a man who embraces vintage everything while Nakuul is someone who embodies royalty in everything. His light eyes, acting finesse and dapper sense of style have made him the heartthrob of millions. Arjun, on the other hand, is known to revolutionize men’s fashion with attention to detail, exemplary tailoring and exquisite designs. Nakuul, who is set to make his digital debut with ZEE5 Original Never Kiss Your Best Friend, opened up about his royal lineage, early days in the industry and more. While on the show, he even attempted to wear an Arjun Khanna creation breaking away from his regular style sense.

Despite the royal lineage, Nakuul walked into the world of entertainment with no Godfather and today is considered as the Greek God of Indian television circuit. “My great grandfather was the Prime Minister of Udaipur, my father was in the Indian Navy and fought the 1947 war and I decided to become an actor,” he shared. The handsome actor further added, “Growing up I was really into arts, dramatics and elocution. My parents supported me to do whatever I wanted. They said just do what makes you happy. I am glad they let me fail and pick myself up.”

Recalling the challenges he faced to enter the world of gloss n’ glam, Nakuul told host Monica Dogra, “There were many hurdles starting with wanting to take up performing arts. Not my immediate family, but I was really good at academics. I was admitted to one of the top colleges in the United States of America. I realized that if I end up doing my under graduation there, I’d be really away from what I actually want to do. The challenges then were internal but now they are about constantly reinventing yourself and staying relevant.”

Sharing a rather funny anecdote, Nakuul revealed, “At the beginning of my career, a lady in her mid 40s came and she was like, ‘Hey you, I really like your show’ and she planted a wet kiss very close to my lips. Then she turns to me and says, ‘Have you met my husband?’ It all happened so fast that I didn’t realize. Now, I have become more aware.”

During the rapid fire segment, Nakuul gave some interesting replies. When asked about a character he thinks he’d have played better, he answered, “I’d like to attempt the character Vicky Kaushal played in Uri: The Surgical Strike. I don’t know if I would have done it better or not.” He also listed the sports personalities he’d love to go on a date with, namely Rafael Nadal, MS Dhoni, Serena Williams (huge fan) and Michael Phelps.

Catch Nakuul ditch his tried and tested style to experiment with Arjun’s unique pant creation that is a fusion of Jodhpuri pants and traditional trousers on The Greedy Closet in the episode below:

Gaurav Chopraa: On Twitter, People Are Out There To Kill Each Other

Arunoday Singh On The Chargesheet: I Think Anything Around Love And Sex Is Complicated