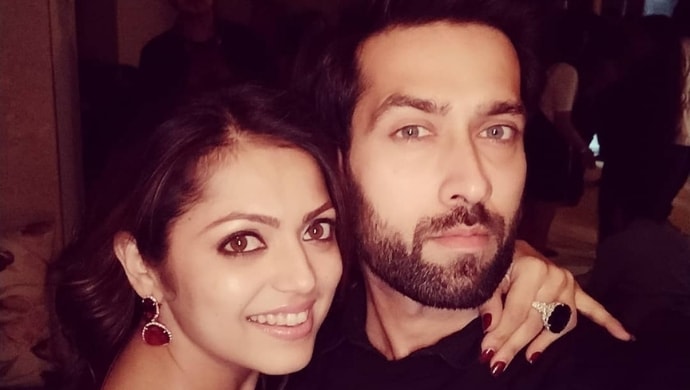 Leading television actors and best friends Drashti Dhami and Nakuul Mehta were the recent set of guests on ZEE5 show A Table for Two. Hosted by actor-anchor Ira Dubey, the show attempts to bring the best of the small screen industry to the viewers and their deepest darkest secret. Nakuul and Drashti too made way for some juicy revelations about each other and their industry friends and co-stars.

During the rapid-fire segment, Nakuul was asked to name one person from the industry he feels needs a stylist. Much to our surprise, he picked Drashti. “Drashti needs a stylist. She can be presented in a far, far cooler way.” Nonetheless, Drashti enjoys a huge fanbase for her fashion game. Be it the monotoned sarees, svelte blouses or chic dresses – the Ek Tha Raja Ek Thi Rani star sure knows how to win hearts.

While Nakuul played it direct and gave n0-holds-barred replies, it was one of Drashti’s responses that took us back. She was asked to name one actor she’d never want to work with and the actress took Vivian Dsena‘s name. In case you walked in late, the two stars have shared screen space in a popular show Madhubala – Ek Ishq Ek Junoon. Their sizzling chemistry from the daily soap made for one of the hottest TV couples! Thus, it was a tad bit shocking, not entirely since rumours of Drashti and Vivian’s spat have always dominated headlines.

Coming back to Nakuul, fans of the Ishqbaaz actor have Drashti to thank for him doing television. “A lot of credit for me doing television goes to Drashti. She used to tell me to watch her episodes and I’d be a heavy critic. She would very subtly say you should do TV. She has encouraged me very gently, ” revealed Nakuul. Drashti added, “A friend was so good looking and you just want him to do TV. ” Both of them bond over their respect for the profession. “Working on television was such a great decision. I have immense respect for the technicians who work very hard,” Nakuul asserted.

As for Nakuul’s comment on Drashti’s style statement, do you think she needs a stylist? Let us know your views in the comments box below.