Ram Jethmalani, an eminent criminal lawyer, passed away on 8 September 2019. The Verdict, based on the Nanavati case, stars Sumeet Vyas as Jethmalani. 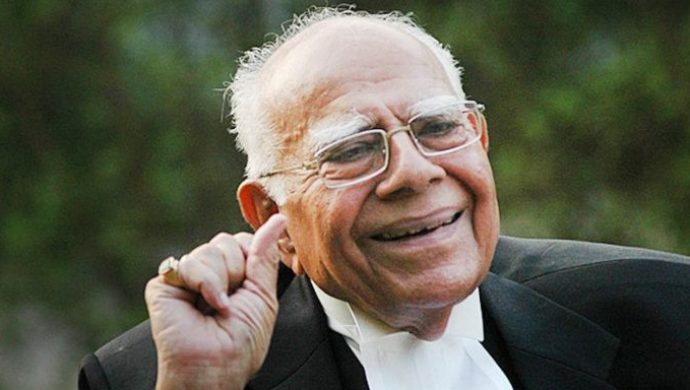 Ram Jethmalani often enjoyed a moment or two in the public eye for handling high-profile criminal cases. Regarded as the doyen of criminal law, the 95-year-old eminent Indian lawyer passed away in Delhi on 8 September 2019, Sunday morning. At 17, Jethmalani obtained his law degree from Sind University, which is now in Pakistan. He applied for special permission to practice before turning 21. The famous KM Navati Vs State of Maharashtra case that shook India, was Jethmalani’s claim to fame. The 1959 case has inspired the upcoming ZEE5 Original and ALTBalaji Original web series The Verdict.

Besides this one, Jethmalani took several popular and controversial cases. Here’s a brief lowdown on some of them.

Post partition, Jethmalani shifted his law practice from Karachi to Bombay. Jethmalani appeared for the prosecution with YV Chandrachud in the KM Nanavati case. Naval Commander Kawas Nanavati was accused of brutally killing his wife Synthia’s lover, Prem Ahuja. There was no looking back for Jethmalani after this case. In the mid-1970s, Jethmalani was one of the biggest critics of the Emergency imposed by Indira Gandhi’s government. So much so that he had to leave India. He marked his return in 1977 by defeating law minister HR Gokhale in the General Elections.

Given Jethmalani’s repertoire, he was hailed as the only one who could champion lost causes: Indira Gandhi’s assassins, underworld don Haji Mastan, convicts in the Rajiv Gandhi assassination case, Harshad Mehta and Ketan Parekh of Stock Market Scam provide testimony to the same. He even appeared in the appeal of Syed Abdul Rahman Geelani in the 2001 Parliament attack case. Jethmalani had successfully defended in the HC and SC and both of them acquitted Geelani.

Jessica Lall murder convict Siddharth Vashishta, better known as Manu Sharma, too had Jethmalani defend him in the High Court and Supreme Court. His decision attracted mass criticism and outcry, but Jethmalani was firm and maintained his stance in an interview, “If taking up an unpopular cause will result unpopularity, so be it.”

Jethmalani admitted charging former Tamil Nadu Chief Minister J Jayalalithaa a sky-high fee in an interview to a daily. “Yes, I am charging Jayalalithaa. But I fight many cases pro bono. All in all, I make money from 10% of my clients,” he said while speaking about the late CM who he defended in a corruption case. He even secured bail for Kanimozhi, former Tamil Nadu CM Karunanidhi’s daughter, in the 2G spectrum scam case. In 2014, Jethmalani petitioned for a Court-monitored investigation into the issue of black money abroad.

In the meantime, watch Akshay Kumar’s 2016 film Rustom on ZEE5, based on the Nanavati scandal.