Never Kiss Your Best Friend is an upcoming ZEE5 Original web series based on Sumrit Shahi's best-selling novel by the same name. 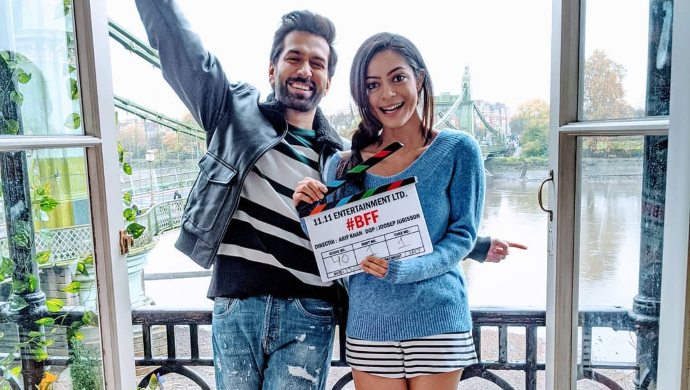 Nakuul Mehta and Anya Singh are all set to share screen space in Never Kiss Your Best Friend, an upcoming ZEE5 Original web series. The digital drama is based on Sumrit Shahi’s novel of the same name. Essentially, it is the story of two best friends who end up falling for each other. The 10-episode web series shall feature leading television actor Nakuul Mehta and the Qaidi Band actress, Anya Singh, as the central characters. ZEE5 recently released two posters introducing Nakuul and Anya’s characters. The handsome heartthrob essays Sumer Singh Dhillon, while Anya plays Tanir Brar. Seen their looks yet? Check out the posters here:

The story plays across two timelines – their youth, when their friendship is the highlight of both their lives, and their adulthood, when they seem to have met after years of separation. What happened to their thick friendship? What made them drift apart? And will they ever cover the distance and finally confront their feelings for each other? Never Kiss Your Best Friend is a relatable story for those who have been in the friend zone may find themselves relating to a friendship evolving into something more. Both characters are also absolutely likable and will attract a certain level of attachment. Never Kiss Your Best Friend is the love story everyone hopes for. After all, turning from best friends to lovers is a thought that may have crossed almost all our minds at some point or another and people will want to watch to find out how this story ends.

The screenplay aims to capture the romantic mood, the beauty of a delicate and precious relationship between two friends and the struggles to understand one’s own feelings. It also focuses on the idea of two friends reconnecting after being away for long and how a sparks fly between them forms the rest of the narrative.

Stay tuned to find out more about Never Kiss Your Best Friend. Did you like Nakuul and Anya’s characters? Tell us in the comments box below.

Kumkum Bhagya actor Shabir Ahluwalia made his web debut with Fixerr. Watch the trailer of the series here:

Watch Akshay Kumar’s 2016 film, Rustom, on ZEE5, based on the Nanavati scandal.

Rangbaaz, The Show That India Loved, Is Back With A Brand New Season!