Nakuul Mehta and Anya Singh's latest ZEE5 series will make you relive the bittersweet memories you shared with your childhood friends. 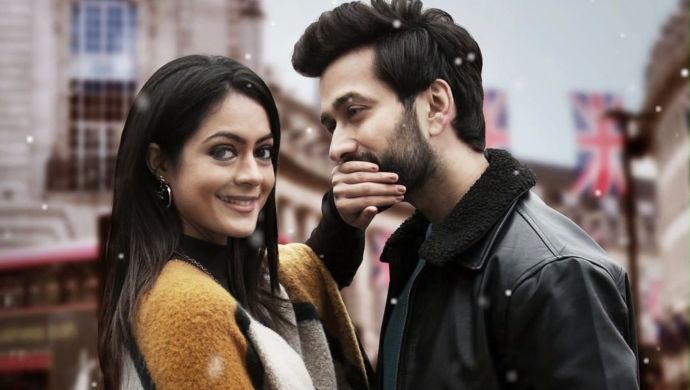 Romantic comedies are the most over-used and under-appreciated genre in entertainment. It is hard to find something that will leave you with a happy feeling after watching it. Never Kiss Your Best Friend does that for you. The series is based on the novel of the same name by Sumrit Shahi, who is also one of the writers on the series. Nakuul Mehta and Anya Singh have a chemistry that keeps you glued and the ending would make you want to watch the show again.

Watch the trailer for the show here.

The show follows the lives of Tanie and Sumer in London, from their college days to their late twenties. Sumer is the quintessential troubled son who wants to become a filmmaker but is forced to study engineering and complete his MBA because of his father’s wishes. Tanie is the bright starry-eyed girl who has big ambitions and hopes to achieve all of them. While Sumer rebels openly, Tanie chooses to hide her rebellious side from her parents. Their friendship breaks towards the end of their college and as they reunite years later, they realise that their lives haven’t panned out as expected.

The show feels like you are watching two different stories, one a high school romance and the other a classic rom-com. Nakuul pursues his MBA in college and then leaves it to follow his passion of film making, but is struggling to make his way. Tanie is the bright student in college who everyone expects to become the young CEO of a big company but becomes a junior writer at a local magazine. Nakuul and Anya carry both the roles of young, dumb, reckless college students and 25-years olds stumbling their way through adulthood with equal ease.

Never Kiss Your Best Friend is really ‘Meta’. Sumer and Tanie keep calling out the generic plot-points and cliches in romantic stories, but then have a quintessential climax too. Tanie keeps breaking the fourth wall and talking to the audience, a funny way to reveal the thoughts going in her head. The character blames romantic novels for setting high expectations in relationships, but it is written by Sumrit Shahi and Durjoy Dutta, two of the foremost romance novelists of our time.

The songs ‘Jaane Na Dunga Kahin’ and ‘Jee Na Paunga’ add to the classic romantic vibe of the show and can become popular anthems even outside the show. The show is shot in a young and quirky way and the scenic locations in London make it even more appealing. The only drawback is the other characters, apart from Sumer and Tanie’s, is that they are not explored fully and they don’t get a chance to explain their actions.

This show is all about friendships that are more important than relationships. The audience would empathize with the feeling of being scared while getting into a relationship and ruining a good friendship. This series depicts the depth in friendships that people naively call ‘being friend zoned’, which assumes that a girl and a guy cannot be only best friends. In an age when people are lonelier than ever, Never Kiss Your Best Friend highlights the importance of having a trusted companion.

If you liked this show, you might also want to check out another ZEE5 Original romantic comedy ‘Love Bites‘ starring Anshuman Malhotra and Priyal Gor on ZEE5.