Operation Parindey: Amit Sadh And Rahul Dev’s Movie Is Not Your Run-Of-The-Mill Thriller

The ZEE5 Original is a fictional account of one of the most controversial jailbreaks in Indian history. It releases on 28 February 2020. 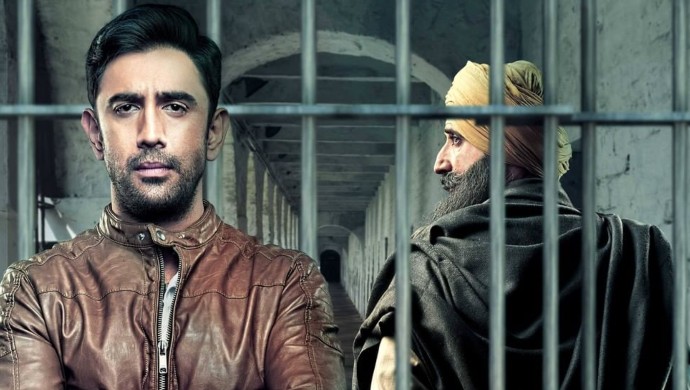 Operation Parindey is an upcoming ZEE5 Original starring Amit Sadh and Rahul Dev in the lead roles. Helmed by Sanjay Gadhvi from the movie Dhoom (Dhoom 1 and Dhoom 2), the web series is a fictional account of one of the most controversial jailbreaks in the history of India. Inspired by true events, Operation Parindey is set to get your adrenaline pumping with some fast-paced action sequences. Not a run-of-the-thriller, the narrative is inspired by happenings post-surgical strikes. Rest assured, it will keep you on the edge of your seats, biting your nails during the entire movie..

The digital drama features an impressive cast comprising Amit Sadh (SP Abhinav Mathur), Rahul Dev (Monty Singh), Ameet Gaurr (Kartar), Kunal Kumar (Shreeni), Aakash Dhaiya (Pabbi), Rucha Inamkar (SP Komal) amongst others. Slated to release on 28 February 2020, the film crew began shooting recently. The movie, which is a departure from your regular cop vs criminal drama, will be shot extensively in Bhatinda, Punjab and Mumbai. ZEE5 shared an announcement poster on Instagram over the weekend, which features the lead actors Amit and Rahul. The actors are standing looking away from each other on either side of the prison. Seen the poster yet?

Director Sanjay Gadhvi who is a master of this genre is sure to do complete justice to the subject. He shares, “What originally drew me to this story was that it is inspired by a true-life event. The cast that I got on for this film is perfect and extremely apt to play their respective characters. This is my digital directorial debut and I am happy to be working with ZEE5 on it . They have a fantastic reach making sure our story reaches far and wide. This film has a lot of depth and is challenging for me as a director, which is what drives me to take this forward. Hope you enjoy the film just as much as I am enjoying making it.”

Final Coast and Fluence Studios (an arm of CA Media) along with associate producers Roll Kamera Motion Pictures will produce the film.

Never Kiss Your Best Friend: All You Need To Know About Sumer And Tanie’s…

Till then, watch the latest Originals and movies now streaming on ZEE5.