Palomi Ghosh: Mona Singh Thought I Was Perfectly Cast As Meghan In Mission Over Mars

Palomi Ghosh seen as Meghan in M-O-M, talks about her experience working with Sakshi Tanwar and Mona Singh, as well as her appearance on Kumkum Bhagya 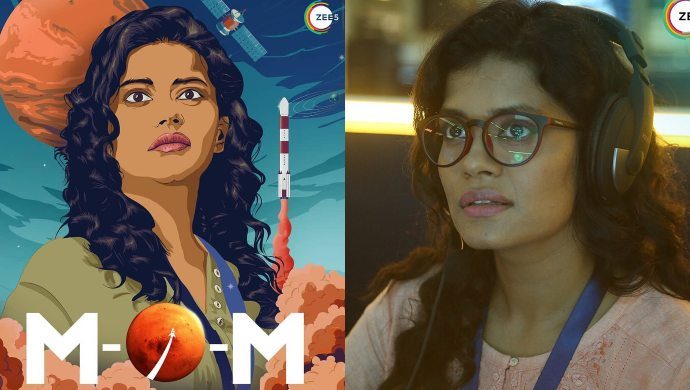 Alt-Balaji and ZEE5 original series Mission Over Mars had some stalwarts of TV like Mona Singh and Sakshi Tanwar. While they delivered memorable performances in this science drama, the surprise package proved to be Palomi Ghosh as Meghan. With her unique quirks like eating every meal in tablets and awkward social interactions will make you chuckle before surprising you with her genius in rocket science. Mona Singh describes Palomi Ghosh as being perfectly cast because of her ability to ‘space out’ in real life on a show about a space mission.

Int: What was your reaction when you get the script for Mission Over Mars (M-O-M)?

Palomi: When I first got called I was told it was a space-related and science based show. I am a space enthusiast so I was excited. Then when I was told of the character (Meghan) I had, you know, the high IQ and low EQ. It was something I had not played before. So that’s always a kick for an actor to do things you haven’t done before. So I was really excited for it.

Int: Was there also nervousness along with the excitement?

Palomi: There’s always nervousness before the start of any project but there’s also excitement. What helped me was Vinay (Waikul, Director) knew exactly what Meghan should be like. That helped me take his directions and combine with my own idea about the role and hopefully it turns it how it is meant to be.

Int: Also did you relate your character, Meghan, on the show?

Palomi: I hope I am not low on EQ. And I certainly hope I have an high IQ. (laughs) So I may not relate to Meghan completely maybe 50:50. Because I don’t think I am as socially awkward as her even though I love geeks.

Int: So you have a background in science? Did you have to revise some topics as research for this show?

Palomi: (chuckles) Listen I studied Applied Mathematics with a focus on Statistics, and this is literally rocket science. So it always sounds better to say my science background helped, I don’t think there is anything in common with what I studied and Rocket science.

Int: What was it like shooting with an ensemble cast like Sakshi Tanwar, Mona Singh and Nidhi Singh?

Palomi: So I went in knowing what to expect not because I had ever worked with them. But I knew I could expect some kind of camaraderie, what I got was much more. Not just the four of us, the entire cast had a strong bond. Nobody would go back to their vanity vans, we would play games in between shots. Mona and Sakhi are stalwarts while Nidhi has strong presence in web-series, but they were all so grounded and fun.

Int: I was watching the show with my family and my mom was looking for Sakshi Tanwar and Mona Singh. Then they said, ‘That’s the Lorna girl! She’s looking so different here.’

Palomi: (laughs) Yes that’s the biggest compliment, to know I keep doing different kind of roles. But knowing that she’s a fan of Nachom-ia Kumpasar makes it more special.

Int: It was your debut movie and you won a National Award for it. What was that feeling like?

Palomi: That’s actually a funny story. The movie won three national awards. Vijay (Maurya, co-star) had called up saying we won two awards and I was excited. Five minutes later he calls up saying that I got the best actress award too. I thought for sure that he was pulling my leg so I reacted like yeah it’s no big deal. Of course later I found out I actually won. He still pulls my leg saying winning a National award is like buying groceries for me.

Int: So this is a question we all have at home. You are Bengali, so did you learn Konkani for the role and did you learn to sing too?

Palomi: I used to sing, and it so happened that my voice went with the songs of the film. But Bardroy (Director) wanted someone who could preferably sing jazz. I had no experience of jazz, but I had been the vocalist of an Indian Student Band and we sang covers of Bollywood songs mostly. But yeah, Konkani I never had any idea about it. I didn’t even that that Indian jazz existed. This film actually opened my eyes to such great music.

But I learnt Konkani for the film and I was cast 17 days before the film began shooting. I went to Goa fifteen days before the shoot and learnt all the songs and everything. To sing the songs I needed to understand the lyrics first. So I kind of had to learn the language.

Int: You even sing Live Jazz and said you are planning to release an album soon. How’s it juggling a music and an acting career?

Palomi: Last year I was hired to sing the songs for Helicopter Eela, Kajol’s comeback film. So I got to sing her parts and it was like a ‘Bollywood break’ with Amit Trivedi. Even when I got Mukti Bhawan, I was singing a song for AR Rahman randomly and the director for Mukti Bhawan was also there and he asked me to be a part of his movie. So music has always been parallelly ongoing even in the acting projects I do.

Int: So getting back to M-O-M, you’ve played quite a few characters that are Christians…

Int: Kind of… like in the Konkani movie, you played Donna, then on the Netflix Horror series as Jenny, in Goa, and now on M-O-M as Meghan.

Int: So do you feel like the flag bearer of Goan characters, or do you feel typecast in that role?

Palomi: I mean I don’t know… I don’t think I am a flag bearer of such roles. But somehow these roles keep coming to me.

Int: You recently promoted M-O-M on Kumkum Bhagya, how was that experience?

Palomi: It was my first time on an Indian TV show and I was quite surprised with everything. The set design of a marketplace. I was quite taken by it.

Int: Would you want to work on TV in the future?

Palomi: I mean kudos to everyone who does television but I feel it binds you for a longer period of time. And my whole thing is to be able to do many different thing.

Int: And not a lot of characters on TV have a Goa connection.

Palomi: Yeah! How would I explain that (laughs).

Watch her bring a dose of comedic relief with her awkward but genius act as Meghan on Mission Over Mars, all episodes streaming on ZEE5.

EXCLUSIVE: Ravi Dubey Makes His Singing Debut With A Romantic Song For Jamai 2.0