Sumeet is a stunner in the ZEE5 original. His acting finesse thrown in a mix with Suman Mukhopadhyay's great direction make for an interesting watch. 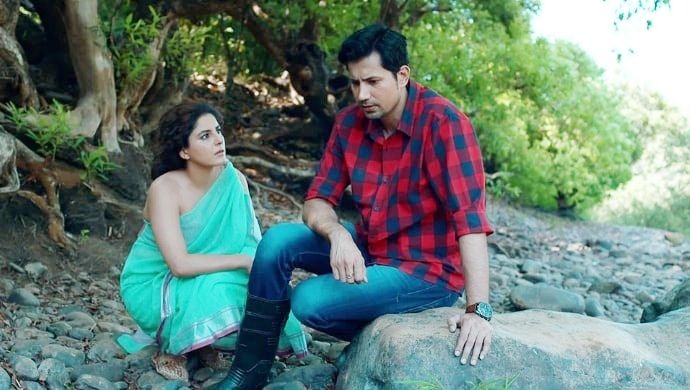 Sumeet Vyas is used to bringing brilliance on the table. His stint in Parchhayee is no exception. Seen in a never-seen-before concept and role, the Veere Di Wedding actor plays a guy called Jayant from the Forest Department. For those who came in late, Parchhayee: Ghost Stories by Ruskin Bond is a 12 episode horror web series by ZEE5, each of which carries a short story by Ruskin Bond. The episode ‘Topaz’ is the seventh episode in the series. Starring Sumeet Vyas and Ishq Talwar, Topaz released on 12th April 2019.

The episode is the story of Jayant, who is assigned the task of preparing a report for a secluded forest. However, soon after he reaches the location, he begins to encounter a strange series of events. Jayant even comes across weird people along the narrative and stumbles upon a startling revelation. His life will never be the same after this experience. Topaz is laced with spooky elements coupled with a tinge of fantasy, which makes the episode apt for all age groups.

Sumeet is a stunner in the episode. His acting finesse thrown in a mix with Suman Mukhopadhyay’s great direction comes across as an interesting watch. Sumeet who started out with small roles in films like Aarakshan and English Vinglish along with an appearance in Zee TV show Kasamh Se has become a force to reckon with in the industry today. His performance, expressions, the tone and modulation in every scene is simply outstanding. So much so that Sumeet can rightly be labelled as one of the most versatile actors across all mediums of current times.

Isha may not have big Bollywood blockbusters on her resume to boast, but she is a common name in the South Indian film industry. The actress had made her acting debut as a child artist in Hamara Dil Aapke Paas Hai in 2000. She returned only in 2010 though, but don’t let that hold you back from complimenting her relatable stint. She is a natural on the screen, Topaz is a testimony of that. In fact, her character Hameeda adds a touch of poignancy and sometimes, might send chills too.

Performances by supporting characters like Shridhar, Lakshmi, and the little girl are such real and good. Overall, Topaz can be termed as an engaging episode. Spectacular acting chops, great direction and smooth cinematography and screenplay shot in live locations add up to the top-notch standard. We must tell you that if you are expecting for some shrieks and screams, Topaz might not be the one. But it does leave you with quite some food for thought!

Get ready to spike your blood with a rush of adrenaline in Topaz, now streaming on ZEE5.

Don’t forget to check out Kunal Kemmu’s Abhay, a ZEE5 original series that leaves you intrigued and interested!