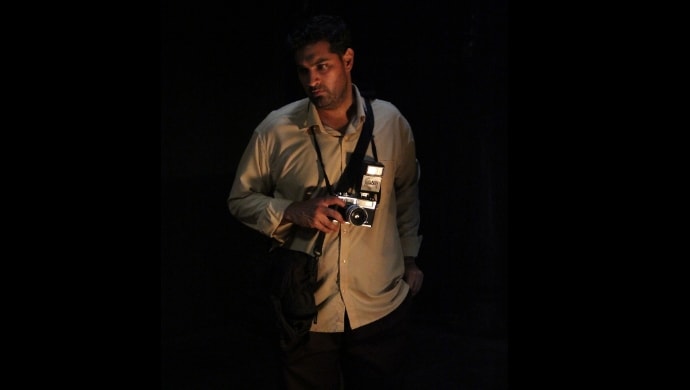 Kunaal Roy Kapur, Tannishtha Chatterjee, and Rajshri Deshpande are all synonymous with great acting stints. No matter how big or small their role is, these three magnates tend to steal the thunder anyway! Featuring in episode 8 Ganpat’s Story of Parchhayee: Ghost Stories by Ruskin Bond, the actors offered a treat for cinephiles. For those living under a rock, Parchhayee is a 12 episode horror web series by ZEE5, each of which carries a short story by Ruskin Bond.

Kunaal, Tannishtha, and Rajshri bring to life a new horror story in the Parchhayee universe.  Ganpat’s Story is the tale of a mysterious woman who resides in an abandoned palatial abode. Set against a Maharashtrian background several years ago; a question by Kunaal quickly establishes the different eras the story shall oscillate in – Kodak/Fuji film and the digital age.

The episode traces the story of a photographer who is struggling to survive and provide his family of three with the basic needs. As much as he loves his job, an easy way to solve the problems surely lures him into a misdeed. Lavani, played by Tannishtha, makes Ganpat her slave while his wife Vaishali struggles to place a finger on her husband’s changing night routine.

Familiarity of the language and culture lends the episode an extra opportunity to be able to scare the living daylights of the audience. However, even those not raised in the surrounding will find it equally frightening. The cast is damn good, making it a watchable 44 minutes. Admittedly, you won’t bite through your nails or experience sleepless nights after. Kunaal as Ganpat does a fantastic job as one may expect, he is a crime scene photographed who barely makes ends meet. Clad in a black saree, smoky eyes and a nearly seductive look, Tannishtha as Lavani does an admirable job in sending chills beyond the screen. Rajshri is in her usual brilliant form, a frustrated housewife Vaishali who couldn’t notice a drastic change in her husband’s behaviour until it’s too late.

Ganpat’s Story is set in the past decade, in some place in Maharashtra. It is a classic case of haunted house that involves a woman in charge of disappearances and killings. Thankfully, Tannistha as Lavani is comfortable wearing a black seamless saree in after life although she was decked up like a bride when she died. She is kinda scary but there is not a lot of horror in the episode in entirety anyway.

However, the few scares in the episode are enough to make you skip the jump scenes and freaky noises you’d otherwise expect. The tension is maintained, nonetheless. Ganpat’s gorgeous daughter and moments with her in the frame offer a light or a rather normal moment right before a high-tension one.

Although it is the last you see of Vaishali and her child Shivangi, Ganpat lingers around for longer to protect Lavani’s secret. But what makes him stick around after all his suffering? Watch the episode to find out!

Let us know what you think of Kunaal, Tannishtha and Rajshri’s performance in Parchhayee in the comments box below.

The Results Are Out! Announcing Why Cheat India's World Digital Premiere On ZEE5