Pavitra Rishta: 10 Things We Bet You Did Not Know About Ankita Lokhande 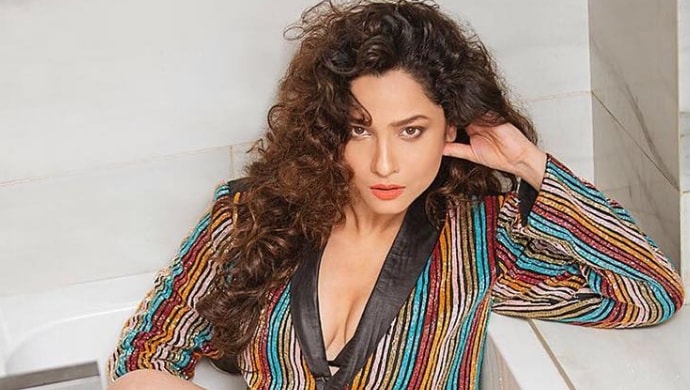 One of India’s most critically and widely appreciated television actresses, Ankita Lokhande’s magic has surpassed across generations and state boundaries. While the scribes are busy penning controversies one after the other, the Pavitra Rishta actress is at her delightful best, treating her fans to a delicious spread of her acting finesse and a sense of fashion every girl next door will immediately want to copy!

The life of this Zee TV show star has been an open book. Be it her relationship or her future projects, Ankita has always made sure her fans learn it from her first. But nonetheless, we fans love a little digging. Don’t we? So, hop along, we have compiled a list of some lesser known but interesting facts about the telly town beauty. Let’s see how many of these you already know:

1. Ankita Lokhande’s real name is Tanuja. The actress’ family nicknamed her Ankita and she continues to go by the same name.

2. Ankita was initially scheduled to make her screen debut with another show, not Pavitra Rishta. But as fate would have it, the serial got delayed and we got Ankita as our beloved Archana.

3. Ankita’s chemistry with her co-star Sushant Singh Rajput aka Manav leaves no cracks! But the actress didn’t have immediate fondness for Sushant when they began shooting for the show.

5. The star performer is also a badminton champion and a great dancer. No doubts there!

6. Ankita’s favourite colour is white. No wonder we see her wearing that often.

Elegance is the only beauty that never fades✅

9. Ankita quit studies in 2005 to pursue her full-time dream of becoming an actor.

It won't be easy but it will be worth it….

10. Ankita had once revealed that she was considered to play the lead actress in Shah Rukh Khan starrer  Happy New Year.  However, things didn’t materialize then. She also hinted at turning down a Sanjay Leela Bhansali film. Now, that’s massive.

11. Ankita made her big Bollywood debut with Kangana Ranaut’s Manikarnika: The Queen of Jhansi. The actress played the character of Jhalkari Bai in the film.

Think we missed out on something? Let us know in the comments box below.

Stay tuned to never miss a beat about Ankita.

Sara Ali Khan Was Intimidated By Ranveer Singh On The Sets Of Simmba, Click To Know Why

Baarish 2 Actor Vikram Singh Chauhan's Insta Pics Will Get Your Heart Racing And How!

Ishq Subhan Allah Story So Far: Salma Gets Shahrukh To Pose As Groom For Zara