Recent reports suggest Ankita Lokhande and beau Vicky Jain will tie the knot by year end. Apparently, the couple has bought a plush home in Mumbai. 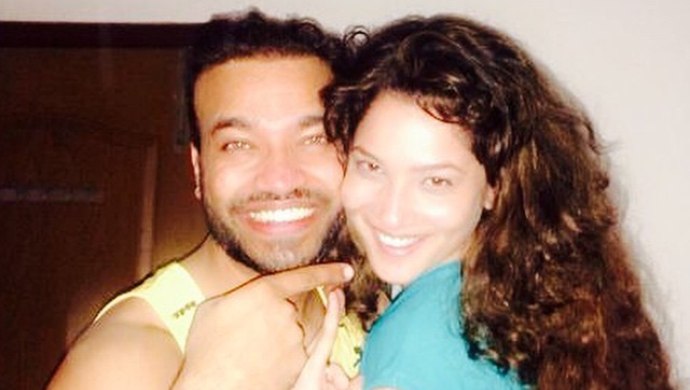 Ankita Lokhande is in the “happiest phase of her life,” personally and professionally, both. Ankita, who started out Zee TV show Pavitra Rishta, became a household name for her portrayal of Archana Deshmukh on the daily soap. She had a successful inning with the series that enjoyed a triumphant run of five years. After a long hiatus, Ankita recently made her Bollywood debut with Manikarnika: The Queen of Jhansi. Both the film and her performance as Jhalkari Bai raked in rave reviews and great moolah. Recent reports suggest that the starlet is now planning to settle down with her boyfriend Vicky Jain.

Ankita, who has been dating businessman Vicky for quite some time, apparently is ready for the plunge and marriage is officially on cards for the couple. A report by a leading entertainment portal stated that their wedding is being scheduled for sometime around December 2019-January 2020.”Ankita is planning to settle down because she’s in the happiest phase of her life with Vicky. They are deciding on a particular date for the big wedding but sometime around December this year or January 2019 is what they are looking at,” the portal quoted a source as saying.

More importantly, grapevine suggests that Ankita and Vicky have also bought a plush 8BHK flat in Mumbai. The source further told the portal, “The apartment is getting ready and the lovebirds will move into their nest soon after they get married. Both the families are also happy with their union.” The news of Ankita and Vicky’s nuptials come a month after the lovers were seen smooching in a video that went viral. Happily dancing to popular dance numbers, in each other’s embrace, the short clip showed Ankita giving Vicky a tight hug and a kiss on the lips. The video was shared by none other than actor Arjun Bijlani, who is fast friends with both Ankita and Vicky. In case you missed it, check it out here:

For those who walked in late, Vicky is an affluent businessman who hails from Bilaspur, Chattisgarh. He is the owner of a team in one of the celebrity cricket leagues. Moreover, Vicky shares a warm rapport with the bigwigs of film and television industry including Ekta Kapoor, Shraddha Arya of Kundali Bhagya show, Neha Swami, Adittya Redij amongst others. Before dating Vicky, Ankita was in a relationship with her Pavitra Rishta co-star Sushant Singh Rajput for a long time until they called it quits in 2016. The former flames were even set to get married, but guess, destiny had other plans. Sushant’s closeness with his co-actor Kriti Sanon was cited as the reason for their separation.

Coming back to Vicky and Ankita’s marriage, are you happy about the development? Share your thoughts in the comments box below.

Sushant Singh Rajput's 2019 Film Sonchiriya Is Unlike Any Dacoit Drama You've Seen Before, Catch It On ZEE5 Now

13 Underrated Movies On ZEE5 That You Haven't Seen, But Should!