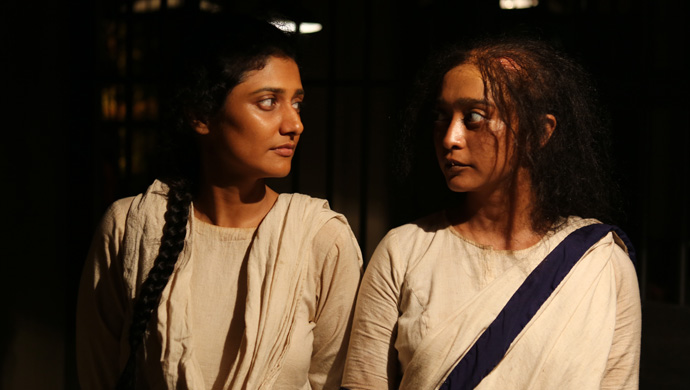 Posham Pa is an upcoming ZEE5 Original film starring Mahie Gill, Ragini Khanna, Sayani Gupta, Shivani Raghuvanshi and Imaad Shah. The psychological thriller is inspired by true events, narrating the story of India’s first female duo to be awarded the death penalty by the court of law for committing a series of murders. Two sisters, Renuka Shinde, and Seem Gavit were handed the death sentence for killing babies and children. This half-sibling duo, along with their mother Anjana Bai, would kidnap kids and force them to work as pickpockets. After the young ones proved no longer useful, the mother-daughter trio murdered them.

Anjana, Renuka, and Seema were charged with 13 kidnappings and 10 murders of which only five were proved in court. Currently, in Pune’s Yerwada jail, their mercy plea stands rejected and they are to become the first women sent to the gallows in India, after 1955. The sisters were both barely adults when they joined their mother on a killing spree. It was Anjana who introduced her daughters to this sinister side. Moving between Nasik, Pune, Kolhapur, the trio would use kids to distract or escape from being caught while picking pockets in crowded places.

Anjana became a thief after her first husband, a truck driver, abandoned her after Renuka was born. Her second husband Mohan Gavit too left her after the birth of Seema. He remarried Pratima. In an act of revenge, Renuka and Seema helped Anjana kidnap Mohan and Pratima’s daughter and murdered the little one in 1990. Renuka’s husband Kiran was a part of the syndicate too, as he drove the getaway vehicle in these crimes for six years. Later, in 1996, Anjana planned to kill Mohan and Pratima’s second daughter but Pratima called the cops. Anjana, her daughters, Kiran were all arrested.

Anjana passed away awaiting trial in 1997. Kiran, on the other hand, turned a state witness to gain immunity and testified against his wife and sister-in-law giving details of all the crimes they committed. Both Renuka and Seema maintain they did everything on their mother’s orders and plead innocent. After a Kolhapur Sessions Court gave them a death sentence. Ex-President Pranab Mukherjee had turned down their mercy plea. Two decades on, Renuka and Seema especially are hopefull they’d be given life imprisonment.

EXCLUSIVE! "I Would Love To Be A Mother One Day," Says Actress Elnaaz Norouzi

Janmashtami 2019: A Look At Dahi Handi Celebrations On Gokulashtami In India