In the latest episode, Dilshad tells Asad that he lashed out at Zoya without knowing the story. He goes to apologise to her. 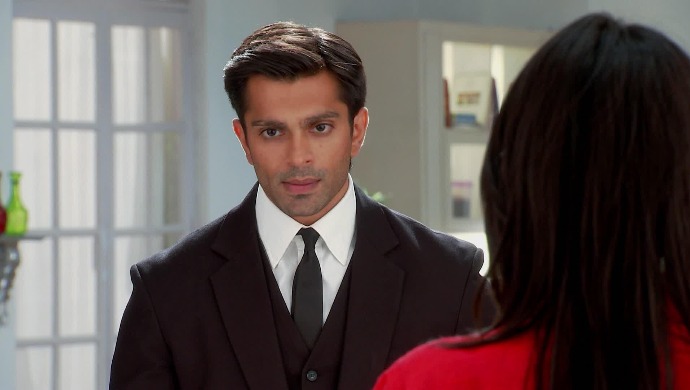 In the previous episode of Qubool Hai, Asad gets Zoya out on bail and passes harsh comments on her. Zoya cries her heart out and runs to her room. She goes to the mosque and cries over Asad’s harsh comments after he bails her out of jail. In the mosque, Zoya meets Rashid and offers to help him get back with his departed love. Dilshad calls Rashid and tells him that she did not come to the mosque to return the watch. Rashid tells her that he wants to meet her. She tells him that Allah does not want them to meet each other. Najma gets into trouble as chewing gum sticks in her hair. She chops her tresses and runs to meet Zoya.

In the latest episode, Zoya comes home secretly and gets shocked to see Najma in her room. Zoya tells Najma that she met a person and felt good. Najma tells Zoya about her problem and the latter gets shocked. Zoya hides Najma’s short hair by placing a wig on it. Asad goes to meet Zoya and notices Najma’s hair. He goes to see it and Zoya stamps on his feet. Everyone in college waits excitedly to see Zoya. She breaks Asad’s phone by mistake, and the two get into an argument.

Ayaan comes home in a car and shocks everyone. Nikkat pulls Ayaan’s leg as he wakes up early to go to the college for the event. Ayaan flirts with Humaira and the latter ignores him. In the morning, Asad inquires about Najma. Dilshad makes Asad understand that he did not ask Zoya why she hit the boys. He seeks apology from Dilshad but the latter tells him to say sorry to Zoya. Shireen questions Rashid as he leaves the house. Razia overhears their conversation and brainwashes Shireen.

What will happen next ? Will Asad forgive Zoya? Watch all the episodes of Qubool Hai now, only on ZEE5!

After Hina Khan, Ronit Roy Makes A DIY Face Mask With A T-Shirt To Stay Safe…