In the latest episode, Razia sees Humeira and Ayaan having a good time together. She tells Shireen to get Ayaan married to her daughter. 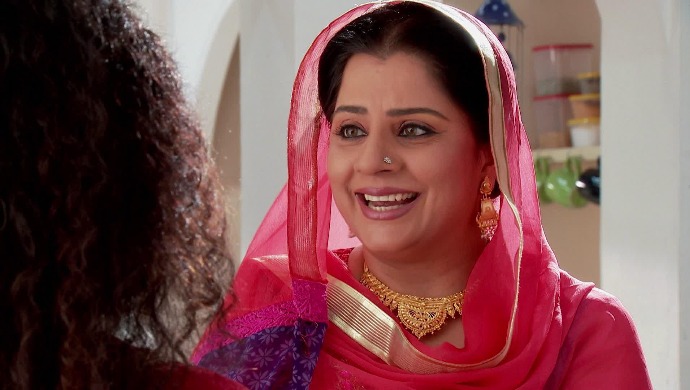 In the previous episode of Qubool Hai, Zoya meets Rashid tries to help him to find his lover. Zoya goes to Najma’s college and asks her if anyone troubled her. Zoya encourages Humeira to give her best in the fashion show. Haseena meets Shireen and her family, and tells them to gift Imraan a luxury car. Asad gets worried as his phone stopped working and calls Zoya. She tells him she has kept a voice password, and tells him to apologies to her. Haseena rushes into Dilshad’s house and asks about her husband.

In the latest episode, Haseena forcefully enters Dilshad’s house and inquires about her husband. Asad overhears their conversation and comes to talk to Haseena. She learns about Asad’s identity and plans to blackmail Rashid and his family. Zoya hears Asad’s phone ringing and gets happy as he has to open the phone by a voice message. Asad keeps disconnecting the call and goes into his room. Zoya starts laughing, as Asad opens his phone by saying sorry Zoya which is the password of his phone. On the other hand, Dilshad sees the gift sent by Rashid to her on their wedding anniversary, and misses him. In the morning, Asad gets annoyed to say the voice password set by Zoya every time, to receive a call. Humaira lies to Ayaan that she knows Zoya.

Dilshad tells Asad to come home early as she has to attend a party. But he refuses, as he is busy at work. Zoya taunts Asad as she asks him why he is not picking up the phone. Asad gets to know that he cannot change the password as Zoya has locked it using her voice. Ayaan and Humaira reach home from the cafe. Razia sees them together and prompts Shireen to get Ayaan married to Humeira. Ayaan, Humaira and Nikkat decide to plan Shireen’s secret birthday party. Nikkat gets emotional thinking that she will get married and miss her family. Asad comes to meet Zoya and tells her to remove his phone password. She refuses to help him, and tells him to apologise to her.

What will happen next ? Will Asad apologise to Zoya? Watch all the episodes of Qubool Hai now, only on ZEE5!

Exclusive: Asha Negi Gets Candid About Her Role In Baarish 2, Working With Jeetu…

After Hina Khan, Ronit Roy Makes A DIY Face Mask With A T-Shirt To Stay Safe…