Qubool Hai 7 May 2020 Written Update: Asad And Zoya Wish Worst For Each Other

In the latest episode, Asad & Zoya get into an argument. Ayaan finds Humeria unconscious. What will happen next? 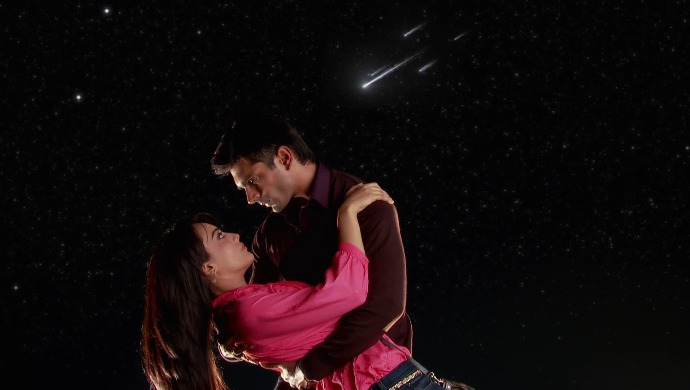 In the previous episode of Qubool Hai, Asad tells Zoya to fix his phone, but she denies. He breaks his phone into pieces in anger. Imraan comes to meet Razia and her family. Razia sees Rashid trying to call Dilshad. Asad comes to eat breakfast, and Zoya gets to know that he is annoyed. Ayaan talks about love and Humeira seems to be impressed by him. Zoya talks about the beauty of love, but Asad says that he has no place for love. Asad breaks the gift that Zoya gave him. Ayaan goes out with Humeria and says that he wants to meet Zoya. Humeria gets angry to see Ayaan desperate to meet Zoya. Ayaan gets upset with Humeria, and scolds her. Zoya helps Najma lose her weight, and Dilshad notices her short hair.

In the latest episode, Dilshad notices Najma’s short hair and Asad comes to talk to her. They both try to hide Najma and her secret from Najma. Razia notices Rashid calling Dilshad. She grabs Rashid’s phone and tells Shireen to note down the last called number. Razia hides seeing Rashid and keeps his phone on the table. He gets to know that someone has touched his phone. Zoya tries to fix the wig in Najma’s hair and suddenly Asad comes in. They get tensed seeing him and suddenly a servant comes and hands over the wig to Asad. Rashid comes into the kitchen and notices that someone has noted down the number. He erases the last digits before Shireen and Razia come into the kitchen.

Najma tells Asad that it is her wig, and gets angry at Zoya. He blames Zoya for teaching the wrong things to Najma. Asad comes to take Zoya home, and she falls in Asad’s arms after they both wish the worst for each other, under the shooting stars. Ayaan gets angry with Humeira. Later, he gets to know that she is missing, and goes to find her. Ayaan finds Humeria and is shocked to know that she is unconscious.

What will happen next ? Will Asad and Zoya fall in love with each other? Watch all the episodes of Qubool Hai now, only on ZEE5!

Exclusive: Asha Negi Gets Candid About Her Role In Baarish 2, Working With Jeetu…