Chahat and Neel part ways to go to their respective families. Chahat's stepmother notices the sindoor on her head and creates a scene. 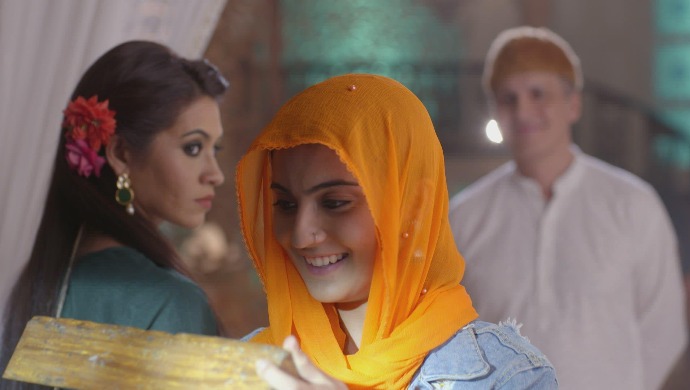 In the previous episode, Chahat and Neel don’t start off on the best note as they end up fighting over a bag. Chahat is already in trouble for getting a goon arrested for child trafficking. As Chahat helps the police arrest the goons, they decide to avenge her. Meanwhile, after separating with Chahat, Neel once again finds himself sitting next to her in the bus to their hometown when the goons also barge in to attack her.

Tonight, Neel lies to the goons by stating that Chahat is his wife. She warns him that the two guys are rowdies who are involved in human trafficking. To this, Neela asks her to follow his lead as they start pretending to behave like a married couple. He then irritates the goons, who leave the bus in annoyance. Chahat thanks Neel for saving her life but he calls her a menace and makes her shift to another seat. The bus reaches their destination and both, Chahat and Neel worship their religious deities.

At around the same time, an auspicious flower blooms which mark the genesis of Chaht and Neel’s love story. The two go their separate ways and Chahat reaches her place. She greets her doctor father and answers his medical questions to check if Chahat remembers her lessons properly. On the other hand, even Neel’s family is waiting patiently for him. Neel’s father is quite strict and not appreciative of his punctuality. His father actually suggests that Neel does not have staunch religious beliefs. He wants to meet the tithi time and get on with the pooja but Neel’s sister keeps asking him to be a little patient.

Chahat has a stepmother, Raizala, who admits having sent her away on the pretext of education. Raizala’s helper ladies call Chahat to be prettier than her. She does not appreciate Chahat’s presence in their house. Her father also gifts her a name tag with Dr as a prefix, which makes her super emotional. At Neel’s place, his sister’s efforts are in vain as their father just walks away with all the Bholenath devotees. They walk for less than a mile when Neel reaches the house and surprises his sister.

Kumkum Bhagya 26 February 2020 Written Update: Ranbir Is Forced To Get Engaged To Maya