Qurbaan Hua, is a new Zee TV show starring Karan Jotwani and Pratibha Ranta. Click here to read a detailed review of this story about #WarriorForLove 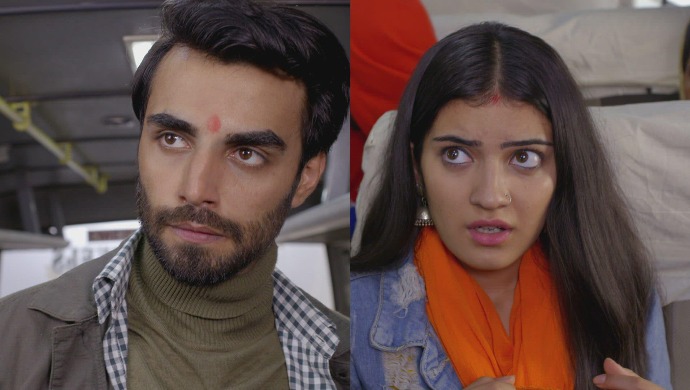 Zee TV’s new show Qurbaan Hua is an intense drama that talks about two individuals Neel and Chahat who love their family way too much. Actor Karan Jotwani, last seen in Aap Ke Aa Jane Se show, is paired opposite actress Pratibha Ranta who has made her debut with this show. The show has been majorly shot in Uttarakhand. The first episode of Qurbaan Hua starts with Jamna Prasad Bhatt who fakes blindness. By profession, the 46-year-old Jamna Bhatt is a tourist guide and is seen guiding a foreign tourist. He tells the foreigner that his wife Godambari has taken a vow in front of God and he is fulfilling her wish. In the next scene, Jamna’s brother-in-law Madhavanand Bhaat aka Vyaasji is a Brahmin in the Shiva temple. Apart from performing puja, he also makes kids learn about the importance of religion in one’s life. The people gather to celebrate an occasion and gossip about Vyaasji’s son Neel who is pursuing his career in the city.

Neel marks a heroic entry into the scene and introduces himself as a chef in a 5-star hotel. He talks about her sister Saraswati who helped him to pursue his career in Delhi. Neel tells his friend that after 9 years his sister is soon going to be a mother. Saraswati’s husband Aalekh Shashtri is a person who believes in religion and is into teaching kids the benefits of becoming a priest. Saraswati tells Aalekh that she hopes her father forgives Neel as he has a passion for cooking. On the other hand, Neel is happy in his zone and does not want to seek forgiveness from Vyaasji.

The lead actress Pratibha Ranta, who plays the role of Chahat Mirza Baig in the show, makes an interesting entry into the show. She snatches Neel’s bag and goes on her bike. She goes to feed poor kids but gets shocked to see sweets in the bag. Neel arrives at the place and argues with Chahat for snatching his bag. She tells Neel that there is a racket which is being run by few goons wherein the kids are told to beg and earn money for them. She hands over the goons to the cops. In the next scene, Godambari who is Neel and Saraswati’s bua hates them and only desires to take over Vyaasji’s position in society. Vyaasji who performs puja gets angry at Neel for not becoming a priest and choosing a different path in his life.

Destiny brings Neel and Chahat together and the two crosses each other’s paths every time. The two get into an argument. The goons arrive to take revenge from Chahat and try to hit her. But Neel comes in between to save her and tells them that she is his wife.

What do you think will Vyaasji forgive Neel? Write to us in the comments box below!