Karan Jotwani and Prathibha Ranta are all set to entertain the audience with an upcoming Zee TV show Qurbaan Hua which begins on 25 February 2020. 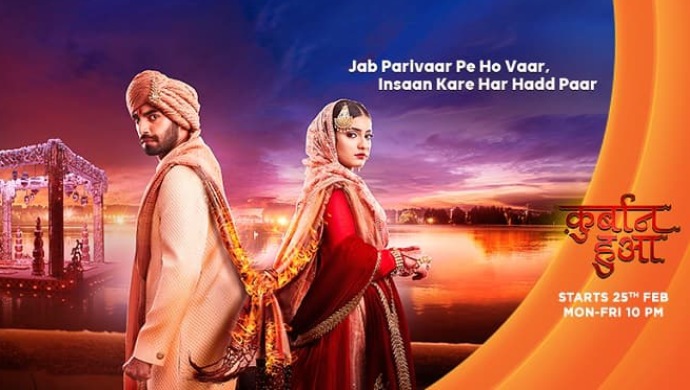 Karan Jotwani earlier seen in Aap Ke Aa Jane Se, is set to make a comeback on ZeeTV. This time he returns with another unique show Qurbaan Hua. the new show is set to release on 25 February 2020 and the makers recently dropped the trailer of the show. Karan Jotwani stars opposite Pratibha Ranta who makes her TV debut in this show.

Watch this trailer of an intense relationship here.

Both Karan and Pratibha’s character have different religions and upbringings. Their chemistry will make for an interesting watch on the show. Karan Jotwani has taken it on himself to tell unique and relevant stories on TV. This is his second Zee TV show as ‘Aap Ke Aa Jane Se’, a unique show depicting the romance between an older woman and younger man.

I’m going to make sure I play insightful, yet intriguing characters onscreen.
Sahil the last time.
Neel this time around. #QurbaanHua 🖤@ZeeTV pic.twitter.com/MWL1y3iKKQ

It is apt as this romantic story is set to begin in the most romantic month of February. While Qurbaan Hua will be airing at 10 pm we wonder what it means for another crowd favourite show Ishq Subhan Allah. Watch this space for more information about all your favourite shows on ZeeTV.

Have #MondayBlues? These Fun Dance Videos By Yeh Teri Galiyan's Puchki Will Cheer You Up!