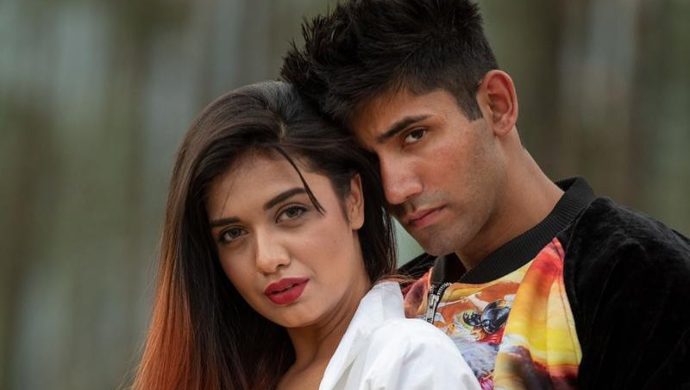 Divya Agarwal and Varun Sood are all set to headline ZEE5 Original and ALTBalaji Original web series Ragini MMS 2, which will premiere on ZEE5 on 15 November 2019. For those unaware, Divya and Varun are dating in real life and their steamy on-screen romance in the digital drama is bound to send the temperatures soaring. Ekta Kapoor had released the teaser video, introducing the bold and beautiful DivRun (as Divya and Varun are fondly nicknamed) as the leads of the erotic-horror series.

The nearly one-minute promo starts with a recap of the entire Ragini MMS franchise beginning with Rajkummar Rao‘s 2011 film, followed by Sunny Leone-starrer sizzling hot sequel flick, offering a glimpse of Karishma Sharma‘s sultry 2017 series and eventually showing clips of Divya and Varun from the impending release. Needless to mention, DivRun is taking the hotness quotient of the series to levels of the supernova with their scorching chemistry and acting extraordinaire. Watch the video here:

Dayummmmm Balaji’s biggest youth mass franchise is back and will be on air this year. Welcome Varun Sood and Divya Agarwal. I am sure you guys will add a punch to this Horror Sequel. Ragini is back #raginimms2 #repost Ab hogi ye kahaani aur bhi wild kyunki Ragini is Back! Presenting @divyaagarwal_official and @varunsood12 as the leads in the second season of #RaginiMMSReturns Streaming soon on @altbalaji. #ALTBalajiOriginal

Divya essays Ragini, a girl in her 20s, in Ragini MMS 2. The narrative orbits around her trip to a recently inaugurated hotel with her girlfriends as one of them is getting married soon. The boys of her college follow Ragini and co. to the hotel, owned by a rather cute boy. However, Ragini feels something is off about the place and a series of strange and unfortunate circumstances begin. Someone is after their lives, but who is the person? Will Ragini and her gang survive this horrible tragedy? Skeletons from the past walk out of the closets but there is more they need to know and Ragini is at the center of it all.

You can also watch New Bollywood Movies like Uri: The Surgical Strike or The Tashkent Files only on ZEE5.