Ragini MMS Returns Season 2 Review:A Horror Series That Keeps You On The Edge Of Your Seat

Divya Agarwal and Varun Sood shine in this 'Bachelorette turned girls gone wild' horrex series in more ways than one. 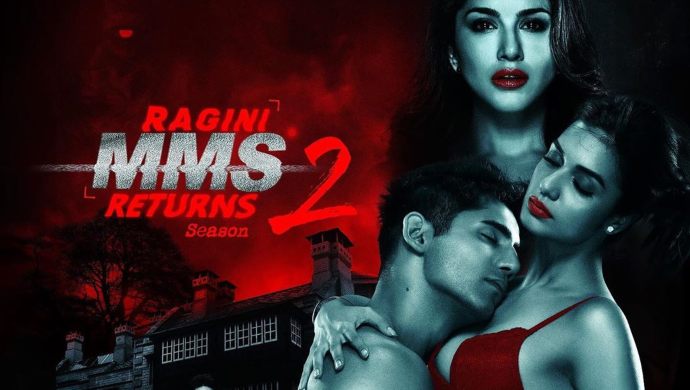 If you know anything about the Ragini MMS franchise you may already know what to expect in Ragini MMS Returns Season 2. This 9-episode web series is labelled as an horrex (horror-sex) series and it stays true to it’s genre. It stars real-life couple Divya Agarwal and Varun Sood as the leading pair and they bring their chemistry to life on-screen. Sunny Leone makes a short appearance in the first episode but it leaves an impact for much longer in this series.

Watch the trailer for this spooky and sexy series here.

Ragini (Diya Agarwal), a smart and stylish girl tries to put her break-up behind her by going with her girl gang to Victoria Villa, an old mansion turned into a grand hotel, to celebrate their friend Varsha’s bachelorette. They feel something is wrong in the villa from the moment they arrive, and it has a haunted past of its own. They are soon greeted by the charming hotel owner, Rahul (Varun Sood). Ragini and Rahul hit it off almost instantly. Ragini and her friends are terrified when spooky incidents start ruining their vacation. However, they are determined to make this vacation memorable by not holding back from having some fun while solving the mystery of this cursed mansion.

Divya Agarwal stars in this web series as Ragini. Her bonding with her girl gang is real and relatable where they don’t always agree with each other and hold their own secrets. Divya’s character has a sleepwalking problem and it the most affected by what happens in the hotel without realising that she is a part of the hotel’s dark past.

The girl gang has their own dark secrets which are exposed at the mansion. Sneha Namanandi as Varsha, is the one who is about to get married under family pressure. Rishika Nag plays the role of Aradhna (Ari), a closeted lesbian, who is part of the girl gang and Varsha’s ex-lover in secret. Kriti (Navneet Kaur) is part of the group and she is the ex-lover of Harshit, Varsha’s fiancee. Ironically, she judges her other friends for being loose and characterless. Thea D’suza, as Random Ranbu, is the most detached from the ground and has her own idea of fun.

Varun Sood plays the role of the hotel owner who is clueless about the past. He is constantly conflicted by his feelings for Ragini and her attempts to prove that the hotel is haunted. Apart from him there’s no real male character of substance in this series. Most of the men, including characters like Randy Raj and Virgin Mohite, are shown filming sex, having sex or having conversations leading to sex.

The number of steamy scenes in this series rival the number of scary scenes, and by the logic of Ragini MMS being a horrex series, the makers sure seems to have hit the bullseye. There is more substance to this series apart from the sex and scares. The scenes where the lesbian couple Varsha and Ari are trapped in a closet (literally and metaphorically) or the scene where the modern girl Ragini is predicted to be a saviour of all the women tortured at Victoria Villa for centuries, reveal the series has a good number of subliminal messages.

Victoria Villa, shown as the newly renovated hotel, has all the vibes of a vintage horror film. The dim lighting and long dark hallways set the spooky tone for the series. The sex scenes are bold and at times even extreme for the average Indian audience, but never bashful. The song ‘Hello Ji‘ from this series has become a popular track. The real background score services the film well and allows the transition from the frightening to the romantic scenes to happen almost seamlessly.

Watch Ragini MMS Returns Season 2 for the sex and the scares but take home the messages that lie below it’s surface. Watch another sex comedy ‘Virgin Bhasskar‘ which is also an important social comedy, streaming on ZEE5.

Nakuul Mehta Opens Up About Kissing His Best Friend In Real Life: It Was A Litmus Test