Rajya Sabha Passes #TripleTalaqBill: All You Need To Know About Triple Talaq

#TripleTalaqBill was passed in the Rajya Sabha today, with a majority of 99 votings in favour of the historic move. Read more about it here. 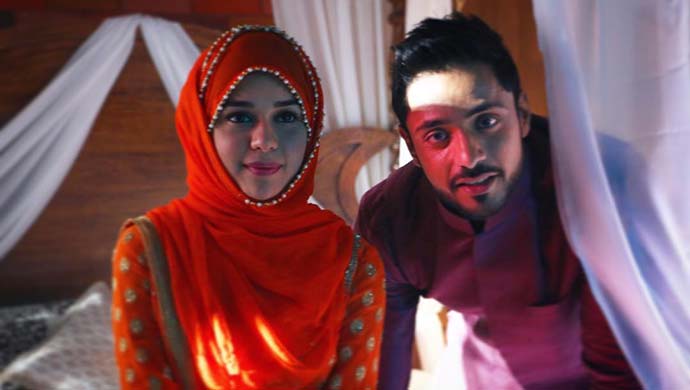 #TripleTalaqBill was passed in the Rajya Sabha today, with a majority of 99 votings in favour and 84 against the historic move. Soon after the verdict, #TripleTalaqSeAzaadi and #TripleTalaqEndGame have been trending massively with netizens hailing the Bill.  The walkout staged by JD(U) and AIADMK members resulted in a majority by the government; the bill is now awaiting the President’s assent to be made into a law. Earlier a civil law, Triple Talaq will now be a non-bailable criminal offence, of course, after the President gives a go-ahead. The Triple Talaq Bill was passed in the Lok Sabha on July 25 and was taken up in the Upper House today for the third time. For those not in the know, Ishq Subhan Allah, a Zee TV show starring Eisha Singh-Adnan Khan, has highlighted the instant divorce under Muslim law. Read further to know all about Triple Talaq.

As lead characters Kabeer and Zara, the Adnan-Eisha-starrer daily soap deals with the divorce system prevalent in the Muslim community. In one of the episodes of Ishq Subhan Allah, Kabeer gives Triple Talaq aka Talaq-e-biddat to Zara. However, she later brings it to his notice that he can only give her Talaq-e-Hasan, something she had included in their Nikahnama.

For those not in the know, Triple Talaq allows Muslim husbands to divorce their wives by uttering the word talaq thrice. The pronouncements can be made during a single tuhr (when the woman is not menstruating). The three utterances can be oral or written, or even via electronic means inclusive of telephone, SMS, email or social media. This type of Islamic divorce is irrevocable.

On the other hand, Talaq-e-hasan is a ‘proper’ form of divorce. The three pronouncements have to be made in a period of three successive tuhrs (when the woman is not menstruating). While this type of talaq can be revoked any time before the third pronouncement, even for non-menstruating women, an interval of 30 days or a month is valid. If the husband and wife resume with their marriage in between any of these intervals, and before the third pronouncement, the divorced is taken back.

“From Shahbano to Shairabano is not merely a legal journey but a giant leap for womenkind ..upholding their right to decent living, equality & non-discrimination,” said Sambit Patra, BJP spokesperson.

What are your views on the #TripleTalaqBill? Tell us in the comments box below.

A Happily Married Kusum Gets Possessed By Her Husband's Ex-Lover, But Why? Watch Savita Damodar Paranjape To Find Out