Shraddha Arya, Sriti Jha and other actors on the show not only share a strong bond with their on-screen siblings but off-screen as well. View pics! 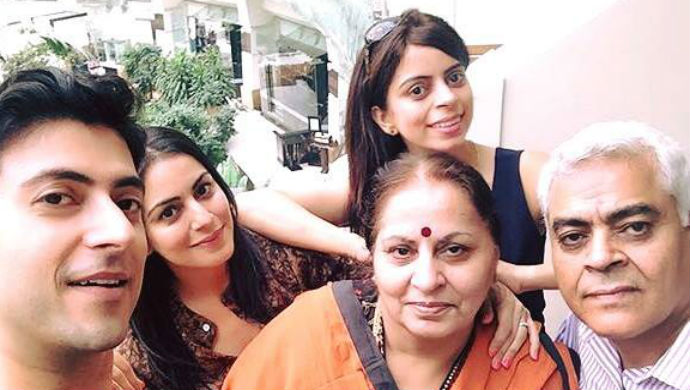 If you are familiar with ZEE TV’s popular shows Kundali Bhagya, Kumkum Bhagya, and Ishq Subhan Allah, you must be aware of the strong bond Preeta, Pragya and other characters share with their on-screen siblings. Shraddha Arya who plays Preeta in Kundali Bhagya, shares a great friendship with actress Anjum Faikh, who plays her sister Srishti on the show.

Similar is the case with Dheeraj Dhoopar, who plays Karan on Kundali Bhagya and is close to his on-screen brother Rishabh, played by Manit Joura.

It’s great to see these actors bonding! But did you know that some of them share a strong bond with their real-life siblings as well? Let these pictures do the talking.

Eisha, who plays lead character Zara in Ishq Subhan Allah, dotes on her younger brother Rudraksh. She posted these adorable pictures on Rakshabandhan and we love them!

Adnan plays Kabeer on the show and is very close his brother Imran Ali. The actor hails from Dubai and finally made time to catch up with his elder brother.

Shraddha’s character Preeta on the show is close to her sisters including Srishti. But the actress shares a similar bond with real sister Divya, as evident from the picture above.

The man on the left is Sriti Jha’s real brother Shashank. The actress posted this picture on Rakshabandhan and we love how happy and goofy she looks in these pictures!

Happiest Birthday Sister ❤️!! May all of your wishes and dreams come true ! Nobody deserves it more than you ! Love u Shaila ❤️😘

Dheeraj Dhoopar is popularly known as Karan from Kundali Bhagya and this post of his with his sister Shaila proves that he dotes on her like a typical elder brother. Don’t these two look stylish?

Which of these brother- sister jodis do you like? Tell us in the comments section below!

This Inspiring Tale Of A Martyr Is A Must Watch- Catch ZEE5's Original Series Veergati Now!