Did you know that Ek Tha Raja Ek Thi Rani actress Drashti Dhami worked as a dance instructor before she took up acting? Find out more facts inside. 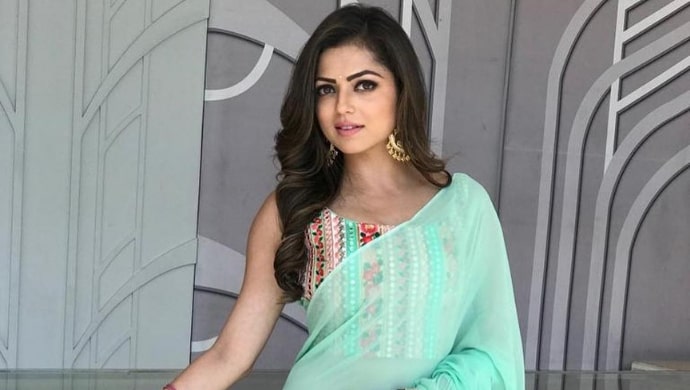 Fame is a funny thing. The hunger to know more about those who have it never really dies. Fans and followers of celebrities keep a tab of every interesting (even non-interesting ones perhaps) tidbit about their superstar! And same would be the case with admirers of Ek Tha Raja Ek Thi Rani actress Drashti Dhami. You may perhaps have scooped out every single piece of information available out there and ready with a research paper, but a little brush up does no harm. Right?

So, spin the wheel and here we give you a lowdown on 15 lesser-known facts about Drashti, the pixie who is always busy spreading magic dust with her acting finesse.

1. Born on January 10, 1985, Drashti hails from a conservative Gujarati family in Mumbai. She is extremely close to her mother and considers her idol. Drashti completed her schooling at Mary Immaculate Girl’s High School in Borivali and holds a degree in Sociology from Mithibai College, Mumbai.

2. While acting happened by fate, Drashti worked as a dance instructor before she entered the small screen industry.

4. The 34-year-old started her career in the media and entertainment world as a print and television model.

7. Hair not everyone can tame and a sculpted bod to flaunt, but would you believe if we tell you Drashti cannot keep away from chocolates? In fact, she carries a bar in her bag every day without fail!

8. The true blue desi diva likes to let her skin breathe free off camera and opts for a no-makeup look and casual dressing. However, she is very choosy when it comes to her handbags! No compromises there.

9. Apparently, Drashti was offered a role in Singham 2. However, the actress feels she is not suitable for the silver screen. Albeit she will give a right arm to accept a role in the sequel of director Sanjay Leela Bhansali’s Black. Who wouldn’t?

10. Beating the likes of Katrina Kaif, Deepika Padukone, Kareena Kapoor Khan and others, Drashti was named as the second Sexiest Asian Woman by a UK-based weekly newspaper in 2014.

Drashti is married to her longtime beau and businessman Neeraj Khemka. The couple tied the knot in 2015. (Sorry guys, she is taken!)

How many of these did you know already? Tell us in the comments box below. Don’t forget to share this article with a Drashti Dhami fan you know!

Karenjit Kaur Season Finale Is Now Streaming On ZEE5! Watched It Yet?

Celebrate 5 Years Of Kumkum Bhagya With Abhi And Pragya: EXCLUSIVE Sneak Peek Inside