Reel To Real: The Dreamy Love Story Of Ravi Dubey And Sargun Mehta

When the Jamai Raja star first met Sargun Mehta on the sets of Zee TV show 12/24 Karol Bagh, little did he know that he had found his soulmate! 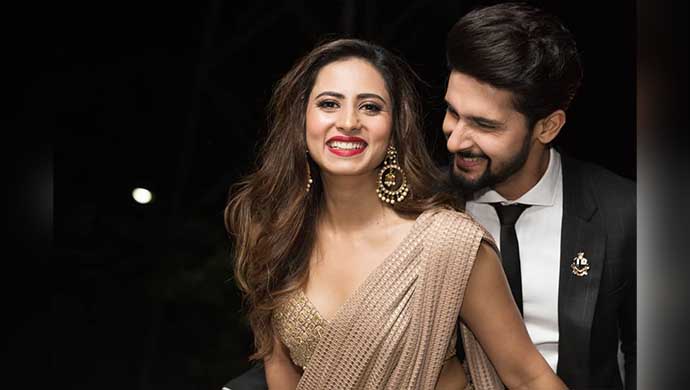 We have all read and dreamt of a perfect romance. One that perhaps exists only in fairy tale books. But guess some lucky ones do get to live the dream and have a very romantic beginning to their courtship. When Jamai Raja star Ravi Dubey first met Sargun Mehta on the sets of Zee TV show 12/24 Karol Bagh, little did he know that he had found his soulmate?

Ravi played Omkar (Omi) Dagar while Sargun portrayed one of the Sethi sisters, Neetu, on the television series.

Where it all began

Sargun was a part of the 12/24 Karol Bagh since the inception, while Ravi entered a little later. The handsome actor was to play her mentally challenged husband. But when Sargun saw photographs of Ravi’s look test, her first reaction was ‘Chee’ ! However, it all changed when she met him & ‘chee’  turned into cute!

The onscreen husband and wife hit it off immediately and although there was no formal dating proposal, a random conversation worked just fine as a confirmation. Five months into the relationship, Sargun announced  their courtship.

Meri choti happy birthday my love may the universe bestow all possible blessingson you this yearand in years to come ….tu meri jaan hai ladki …i love you more than everything in this world @mehtasargun

Sargun may have qualms about Ravi being un-romantic, but he proved her wrong when he went down on one knee on national television to pop the question. Of course, she said YES!

Ravi and Sargun’s wedding festivities were a gala affair. Right from the Mehendi, engagement, cocktail functions to the final marriage ceremony, everything was dipped in grandeur – straight out a movie! Both the bride and groom were dressed to perfection, in traditional wear, and looked thrilled beyond words on the D-day.

The industry has seen marriages fall apart, but Ravi and Sargun’s surely comes as an inspiration as they stand steady by each other. Even after all these years, they still rock each other’s world, indulging in mushy, heart-fluttering romance and PDA from time to time. Moreover, the couple believes in being friends first and that is the key to the success of their marriage.

Ravi and Sargun are surely two teenagers in love, for real. But there’s no denying that the actor’s equation with his Jamai Raja co-star Nia Sharma totally won our hearts. And why not, the two are thick as thieves off-screen as well!

Well, we hope Ravi collaborates for a project soon with Sargun for it’s been ages we have seen their sizzling chemistry light up our screens.

Here are some of the best love shows you can watch on ZEE5!

7 Things Siraj of Baarish Aur Chowmein Learnt When He Moved To Mumbai!