Ruhi Chaturvedi a.k.a Kundali Bhagya’s Sherlyn: I Used To Cry When I Began Playing Sherlyn

In an exclusive interview, Ruhi Chaturvedi talks to us about her role, her on-screen pregnancy and whether she'll allow Prithvi to marry Preeta 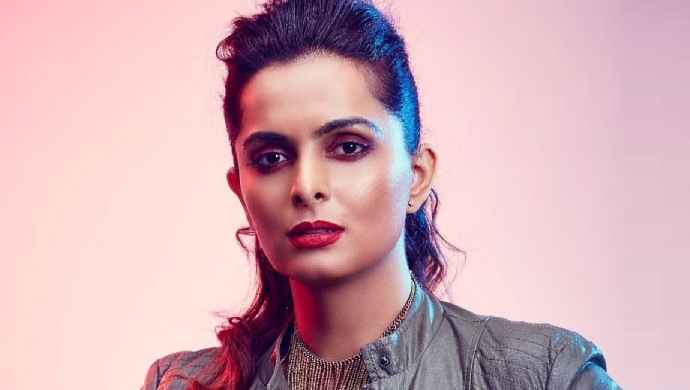 She plays the role of the vamp, Sherlyn, on Kundali Bhagya. Ruhi Chaturvedi carries on the tradition of iconic vamps seen on Indian television. However, this was not a role she always fit into. In an exclusive chat with us Ruhi tells us how it took time for her to get into the role of Sherlyn and how she deals with people who are mean to her because of her character on the show.

Int: Do you think, Prithvi will ever be able to marry Preeta?

Int: There’s always some new twist on Kundali Bhagya. What is the biggest twist on the show this year which even you didn’t see coming?

Ruhi: Frankly, whenever we go on set, we are not given the story. No one knows what is going to happen. Like, there was this one scene where Prithvi and Sherlyn were locked in the same changing room at a mall, while Rishabh and Kareena were waiting outside. Trust me, when we were doing those scenes, both, me and Prithvi thought, ‘Dude, we’re going to get caught. Our track on this show will be over, and we should start looking for work.’ Then the next day, we escaped without getting caught. Today afternoon we were all sitting and talking and we are still surprised that Sherlyn and Prithvi escaped from that situation too.’

Watch the scene where they get locked in the changing room together here.

Int: So there was a track on the show where you were pregnant. But it has not come up since then, is it forgotten or are you still pregnant?

Int: On the show no one likes your character much. What is your bonding like with the other actors off-camera?

Ruhi: Oh, we are all great friends on set. Everyone is a close friend for me. Karan (Dheeraj Dhoopar) is a prankster and we both can talk about anything under the sun, from the dirtiest things to the classiest. Even Sarla Maa (Surpiya) is like an angel, who guides me in my personal and professional life. Dheeraj (Dhoopar) has also helped me a lot, professionally, since the time I started on the show.

Int: What is the nicest and meanest comment you’ve got from a fan of the show?

Ruhi: A few days ago I read a tweet about a poll where they asked ‘Which Kundali Bhagya actor would you love to see?’. I think I got the maximum votes. So people got upset and started saying why Sherlyn is getting so many dialogues and screen space, instead of Preeta. And, I realised that the people love to watch me as well as hate to watch me at the same time. I started wondering if that is a good thing or a bad thing. That’s when I realised they hate my character, not me.

Int: That’s a compliment to your acting…

Ruhi: Yes it is a compliment, but then it also is a responsibility, because there are people who also track what nail-paint we use on the show. I mean, clothes, hair and even make-up is fine, but nail paint! That’s why we put our heart and soul into the show and help each other maintain Kundali Bhagya as the number one show.

Int: What is one character trait of Sherlyn’s that you have in your personal life too?

Ruhi: In real-life I am very bubbly and cheerful, quite the opposite of Sherlyn. In fact when I first had to play the role of Sherlyn I used to cry saying I don’t know how to be mean. But if I had to pick one thing I have in common I think I’d say, making sarcastic comments. I can be quite sarcastic sometimes without even realising it. Like even at my wedding recently my friend had to tell me that I was being sarcastic to a few guests and I didn’t even realise that I was being saracastic.

Int: So did your wedding have any of the drama like Sherlyn and Rishabh? How was the wedding?

Ruhi: No no. I had a full Yash Raj-style wedding which, I had always dreamt of. It did get hectic because everyone wants a picture with you, especially with me being from Kundali Bhagya. But it was like a dream wedding with no drama, no uncles got angry or anything of that sort.

Int: What is your resolution for new year?

Ruhi: Well my new year resolution will be to learn Hindi better. Because my Hindi used to be very Bambaiya and my director and AD’s used to get so mad at me. Prithvi speaks proper Hindi so I have to up my game too.

Watch the latest episodes of Sherlyn in Kundali Bhagya, now streaming on ZEE5.