Pritam, a champ on the show, managed to impress Riteish Deshmukh, Suniel Shetty and others with his soulful performance on 'Sandese Aate Hai' song. 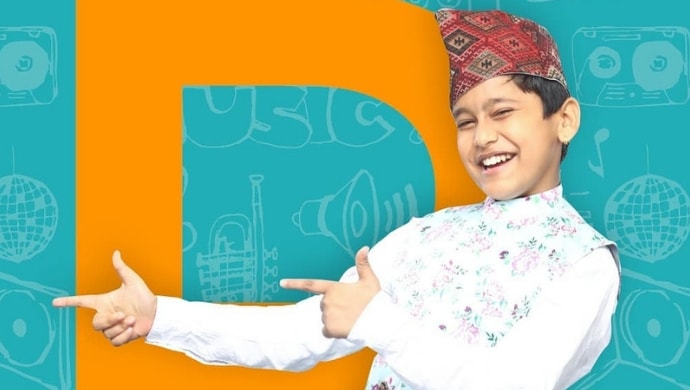 Zee TV show Sa Re Ga Ma Pa Li’l Champs 2019 kicked-off a brand new season earlier in February this year. Having amassed a huge fan following over the years, the singing reality show has been making the right noise in the tinsel town too. Barely a month into the competition, young guns are leaving no stone unturned in winning hearts of their audience with their soulful voice. Pritam Acharya, a champ on the show, managed to impress celebrities like Riteish Deshmukh, Suniel Shetty and others with his soul-stirring melody that left even the judges in tears.

Watch Pritam’s performance during the audition round in this video at 17:50 –

It so happened that Suneil tweeted a clip of Pritam singing Sandese Aate Hai song from JP Dutta’s Border movie. “BREATH TAKING !!! Power of the film, music and the talent of this young boy #Pritam Acharya,” the actor captioned the video along with three clapping hands emojis. Retweeting the same, Riteish Deshmukh wrote that he had heard Pritam perform live and that his talent is simply fantastic! Check out the tweets below:

Power of the film , music and the talent of this young boy #Pritam Acharya 👏👏👏. pic.twitter.com/B3oUC9SvTE

Thanking Suniel for his kind words, singer-composer Shaan, who is a judge on the reality TV show, tweeted, “Great to see our #PritamAcharya making his presence felt already !!! Thankyou @SunielVShetty Sir!! For your Encouraging words.”

Not just these celebrities and Shaan, but even his co-judge and singer Amaal Mallik was moved by Pritam’s performance. The audience couldn’t stop clapping as everyone gathered around Pritam on the stage. Complimenting and heaping praises on Pritam, Amaal was quoted by a leading news portal as saying, “It is not easy for anyone to make me cry but you have left me emotional. I have never teared up while watching anyone perform or even while listening to my younger brother Armaan sing. The way you sang the song, it was like I was watching and reliving every emotion from the movie Border.”

Notably, Pritam is originally from Nepal. The stellar performer hails from a very humble background. So much so that his parents couldn’t afford his commute to Delhi to appear for the auditions. Thus, the boy’s entire school contributed and helped him reach the stage. After hearing Pritam’s melodious voice, we couldn’t be more thankful to them for giving us the gift of his passion and talent!

Now you can watch your favourite champ’s performance anytime, anywhere for Sa Re Ga Ma Pa Li’l Champs 2019 is streaming on ZEE5.

Nick And Julie Meet On A Frosty Night, But Will They Meet Again? Unlock The Mystery On Parchhayee: Ghost Stories by Ruskin Bond

Kundali Bhagya 27 February 2019 Preview: Janaki To Discover That It's Preeta At The Mandap