The most popular singing reality show Sa Re Ga Ma Pa Li’l Champs is back with its new season. The show will be hosted by Maniesh Paul who was last seen hosting Movie Masti With Maniesh Paul. The singing reality show will be judged by Alka Yagnik, Udit Narayan and Kumar Sanu. The evergreen and iconic singers are back together after a long time. Alka Yagnik made her TV debut in 2006. Udit Narayan appeared on the show as a judge with Alka Yagnik as a guest in 2017. But Kumar Sanu has returned to the small screen after almost 2 decades. The show is all set to begin from 29 February 2020. The makers released the promo of the show wherein audiences witnessed judges camaraderie through their witty banter. The upcoming season of Sa Re Ga Ma Pa Lil Champs will be a perfect treat for the audiences.

Sa Re Ga Ma Pa Lil Champs contestant Gurkirat Singh who hails from Mandi, Punjab wins the judges hearts with his exceptional voice. The 14-year-old boy sings Aahun Aahun from Love Aaj Kal. After the performance, Gurkirat’s dad comes on the stage and gets emotional as Alka Yagnik says that his son will make him proud one day.

The next contestant Satish Kumar who is 13-year-old and hails from Firozpur, Punjab narrates his life story. He tells the judges that in school the students make fun of his height and used to call him tingu and joker. Satish cries his heart out but Udit Narayan inspires him and tells him to give the best performance. Satish sings Mere Rashke Qamar from Baadshaho movie and even plays harmonium. Alka Yagnik gives a standing ovation to him.

Shantanu Kumar Mahanty who is 5-year-old and is from Bhubaneswar, Odisha wins Kumar Sanu’s heart with his cuteness. In the video, the contestant is seen sitting on Kumar Sanu‘s lap and the two are seen singing Yeh Kaali Kaali Aankhen song. Kumar Sanu tries to pull Shantanu’s legs as he sings wrong lyrics. Shantanu looks at Kumar Sanu and runs away to his mother. The kid tells Kumar Sanu that he will not learn the song as the singer is singing wrong lyrics. Alka Yagnik and Udit Narayan are seen having fun.

The contestant Zaid Ali who hails from Muzaffarnagar UP is 12 years old. He sings Maula Maula Maula Mere Maula song and judges get mesmerized with his sufi voice. Zaid’s father touches his son’s feet. The father tells the judges that he believes that his son is a rebirth of his grandfather. Alka Yagnik says that Zaid is an amazing singer and the judges touch his feet. 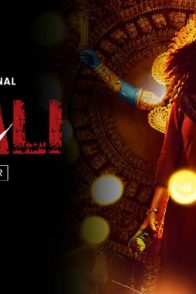 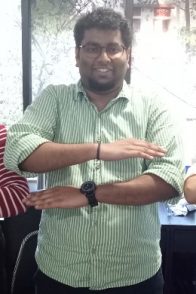 Women’s Day 2020: An Unbiased Opinion Of People On Gender Equality In… 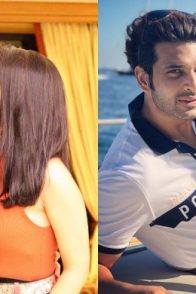 Escape From Nabha: 7 Chilling Facts Behind The Most Daring Jailbreak, Operation Parindey