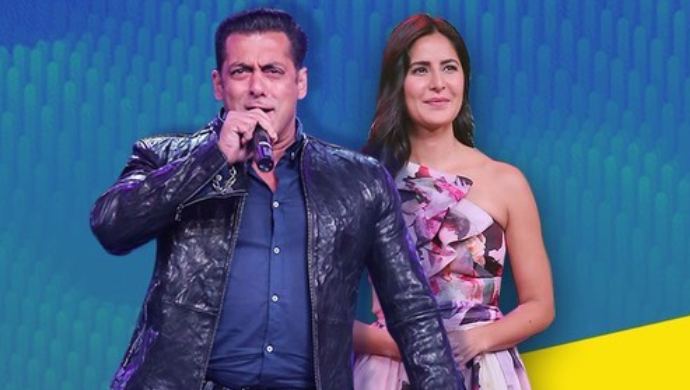 Salman Khan and Katrina Kaif are going all out promoting their upcoming film Bharat. Last weekend, the stars of Ali Abbas Zafar directorial flick made a guest appearance on Sa Re Ga Ma Pa Li’l Champs. Making a dhamakedaar full power entry on the Zee TV music reality show, Salman and Katrina pulled all stops and ensured non-stop fun whilst on the weekend serial. The contestants put together a medley of Bhaijaan’s all-time hit songs and treated the superstars to a high on swag, warm welcome!

Last week we had informed you that Salman and Katrina were stunned by little Swaransh Tiwari and even wondered if he’d sing on the competition. Moreover, they were dumbfounded by Pritam Acharya‘s rendition of Ole Ole, which turned out to be a major highlight of the episodes. So without much ado, check out the top performers of this weekend:

Little Pritam Acharya, who has earlier managed to rake in heaps of praises from Suniel Shetty, Riteish Deshmukh, Ajay Devgn, Madhuri Dixit Nene amongst others, waves his magic wand once again this weekend! With his performance on Saif Ali Khan‘s chartbuster song Ole Ole, Pritam bags a standing ovation from Katrina and tons of love from Salman. “Original mein bhi itni energy nahi thi shayad (perhaps even the original song didn’t have this level of energy,” complimented Salman. He even crowned Pritam as “bacchon ka Udit Narayan (Udit Narayan of the young generation).”

Bina baat ke hasne wali Anushka Patra performed the opening act of the Saturday episode. The Tiger Zinda Hai actors became her fans after they listened to her croon Yeh Mera Dil, a popular dance number from Don. She earned the chartbuster performance verdict from the jury and a standing ovation from the judges’ panel. Salman not only complimented her singing but also the music band that complemented her notes. “You have a wonderful future ahead,” asserted Katrina.

There perhaps cannot be a bigger compliment for an artist than the actor he is singing for getting tempted to join him! Something similar happened when Ritik Gupta performed on Salman’s 90s number, Tumse milne ki tamanna hai. The Dabangg Khan couldn’t stop himself from matching steps and notes with Ritik. The young champ’s rendition took us all back in time.

Pickosa Moharkar is the yodeling queen of the show! Katrina challenged Salman to mimic her performance and in exchange, she’d give anything in the world he asks for. Bhaijaan failed to ace her stint, but he did ensure tons of fun and laughter for all of us. Pickosa crooned Madhuri Dixit Nene’s evergreen dance number Ek Do Teen Chaar and tugged directly at our heartstrings with her rendition.

Besides stellar performances, we saw Swaransh make Salman dance to Jag Ghoomeya! Another high point of the episodes was Aneek Dhar a member of the jury, going shirtless and performing to O O Jaane Jaana. Aneek, the winner of Sa Re Ga Ma Pa Challenge 2007, had performed the same song when the No Entry actor had made an appearance on the show. Taking a walk down the memory lane, Salman and Aneek revisited the 2007 moment.

Whose performance impressed you the most? Let us know in the comments box below!