Sakshi Tanwar Is Breaking Away From Her Bahu Image, One Role At A Time

Set to appear as an ISRO scientist Nandita Hariprasad in M-O-M Mission Over Mars, Sakshi Tanwar is no longer the Parvati or Priya of screens. 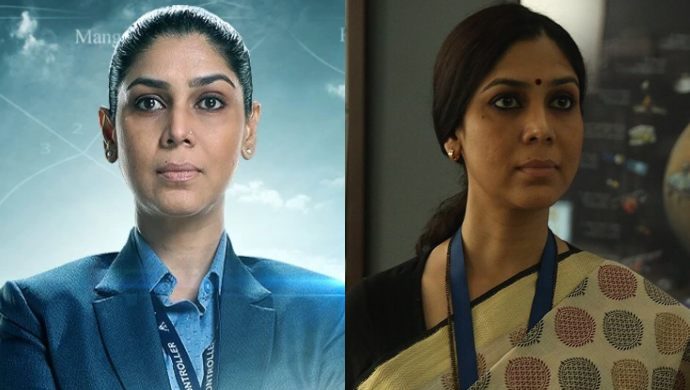 Back in time, Ekta Kapoor had just introduced us to the pativrata, sanskaari Indian bahu when we met Sakshi Tanwar, also known as Parvati. As the ideal daughter-in-law, she soon found a permanent place in the hearts of the television audience. Millions of mothers-in-law wanted their son to marry a girl like her, while Parvati set the standards for how a daughter-in-law should be. Now that was a character everyone aspired to be, for it became a ritual to see Om and Parvati. In no time, Sakshi was a household name, and from a nobody became a sought after TV actress.

It’s been 19 years since we first saw her claim fame. Her gig in the Ekta Kapoor ‘K’ serial lasted for eight long years, with about 1661 episodes. The Lady Sriram College graduate entered the world of acting by chance and after Parvati, she played a range of roles in several super hit series. Her pairing with Ram Kapoor was immensely appreciated by viewers and loved by all. In no time, Sakshi was the reigning queen of television. That’s when Dangal happened. Aamir Khan’s 2016 blockbuster based on the real-life of female wrestlers Geeta Phogat and Babita Kumari was her big-ticket to Bollywood.

16 years, that’s how long she spent in the television circuit before tasting success in B-town. Admittedly, Sakshi was now open to experimenting but remained true to her roots aka television. 2019 has been special for Sakshi in terms of the characters she brought to life. In ZEE5 Original web series The Final Call, Sakshi essayed an Air Traffic Controller Chief Kiran Mirza. Kiran is smart and stubborn, powerful and poised in a major breakthrough from the decked up and docile bahu-beti roles we often saw Sakshi play. Ditching the colourful sarees and kurtas, Sakshi was a breeze of fresh air in business blazer suits and an army uniform. With a specialization in criminal psychology, Sakshi as Kiran epitomizes the modern-day woman taking on the world.

In her next, Sakshi dons the hat of an ISRO scientist. M-O-M Mission Over Mars is a ZEE5 Original and ALTBalaji Original based on India’s historic Mars Orbiter Mission (MOM) launched in 2013. India became the world’s fourth country to send a satellite to Mars and first in Asia to achieve the feat. India’s budget of the mission remains the cheapest amongst the world. In M-O-M, Sakshi plays Nandita Hariprasad, the program director of the mission. Although the web series takes a fictional route, Sakshi’s role has been inspired by the women scientist at ISRO who played key role in MOM. Catch a glimpse here:

Of course, Parvati is an iconic character. So is Nandita we believe. They speak their minds, they do what they feel is right. Nandita may be a contemporary female, different from Parvati but one thing remains unchanged – Sakshi’s love for chasing strong women characters. From television to films to the web, mediums and characters may change, but Sakshi is here to stay! To sum it up, Sakshi is running for the trophy in and it is only a matter of time until she clinches one.

Teacher's Day: Relive Your School Days Through These 5 Classic Shows