Sandeep Unnithan: 26/11 Terrorists Wanted To Attack The Building My Parents Lived In

The author of Black Tornado recalls the rare 2008 Mumbai Attacks facts & his excitement over his book turning into a series-The State Of Seige: 26/11 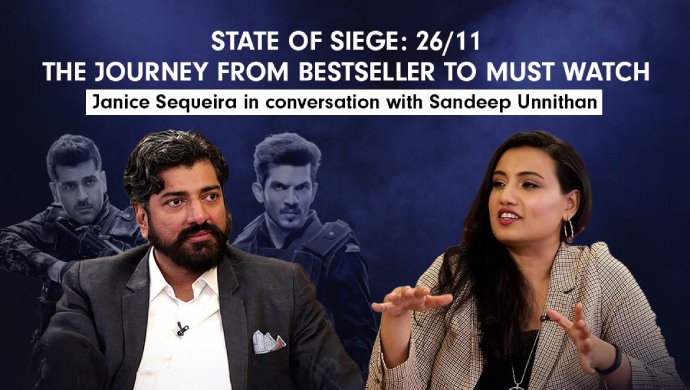 Sandeep Unnithan is the author of Black Tornado, the novel that is now made into the series State of Siege: 26/11 releasing on 20 March 2020 on ZEE5. This series brings out the authentic story of the 26/11 attacks and is told from the perspective of the NSG Commandos who rescued the city. The cast of State of Siege: 26/11 stars Arjun Bijlani, Arjan Bajwa, and Vivek Dahiya apart from other talented performers. The actors were trained by Lt. Col. Sandeep Sen who was a part of the operation to take down the terrorists. Sandeep Unnithan talks about his personal insights into 26/11 and what went into making this show.

Sandeep Unnithan starts off by saying that he wanted State Of Seige: 26/11 to look as authentic as possible. Sandeep mentions that the 26/11 attacks felt more personal to him because he was born and brought up in South Bombay. He mentions that the spot where two ATS officers were killed was a stone’s throw away from where he studied in St. Xavier’s College. He also adds that one of the buildings that the terrorists considered for an attack was the building his parents were living in. He says that while the anger at the attacks made him want to write the book, he put his personal feelings aside to present the facts.

Unnithan explains how important it was for him to keep the series authentic. He adds that Lt. Col. Sandeep Sen, a commando who was part of the operation at the Chabad House, agreed to be a part of the show to train actors and consult the team. He says that the Colonel’s contribution helped the show remain authentic.

Sandeep Unnithan explains in detail the room intervention technique that the NSG Commandos used to free hostages. He adds that the series will focus on the NSG Operation but it will show all the perspectives, from the terrorist to the police, and the victims. He also mentions that he was going to write the story as a long magazine article and only then realised that it should be in a book.

While talking about the cast, which includes prominent names in web and TV, Sandeep mentions a joke he stared with the real commandos saying they are all so good looking there must have been a casting call while hiring them in the NSG. The interview ends with a rapid fire round where Sandeep opens up about lighter topics like cinema and mentions that the last series that he binge-watched on ZEE5 was Never Kiss Your Best Friend.

Which ZEE5 Original did you binge-watch on ZEE5? Let us know in the comments below. Watch the newly released jailbreak film Operation Parindey starring Amit Sadh and Rahul Dev on ZEE5.